[i'm not exactly sure this belongs in help and support rather than somewhere like FI. if it needs to be moved, i'm fine with it.]


Alright, so I just got accepted into College of DuPage (good job. it's just a community college). While I have plenty of time to think about what classes I'm taking since I'm going in the spring, I wanted to start thinking as soon as possible rather than panicking around January time.

One of my main problems with picking classes is I want to take foreign languages.

I know I want to take Japanese. I've been teaching myself for who knows how long and I always enjoyed studying it. I'd like to take a professional class especially since DuPage offers what I hear is an amazing course for Japanese including culture... etc. [/weeaboo]


Point of thread: What other language should I go into?


One language I've been curious about is Korean. I'd go into this language with no prior knowledge else than I like Boa Kwon and My Sassy Girl. But I hear it's easier to learn than Japanese and since I for some reason don't have THAT much trouble understanding the basics of Japanese, what the hell, you know? Also, it's a good language to know, etc.

Chinese is another Asian language I'd like to know. I probably wouldn't enjoy myself too much with Chinese, though. Pronouncing things wrong scares the shit out of me and with that many possibilities of just saying vowels... It probably isn't best for me to take this class.

Russian has interested me for a LONG damn time. I love how it sounds, it looks, etc. I don't really know how hard it is to learn, though. Maybe you guys could help me out with that part?

And then we go to Italian. Out of all the Latin based languages (Spanish, German, French, etc.) I'd rather learn Italian. I'd love to go to Italy to improve and whatnot. And French pisses me off anyway.


So.
What language else than Japanese do you guys think I should take? If any at all. :|

I just want to get some things straightened out first so I really would appreciate the opinions and feedback.

Why do you (want to) study language?

Hidden said:
Why do you (want to) study language?
Click to expand...

It's something different, I like helping people out as it is with Japanese with what little I know so I can only imagine how much of a help I'd be if I could actually say I'm fluent in whatever language.

And I just find it fun.
I don't particularly know how else to describe it else than that. 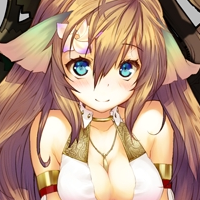 The obvious suggestion would be Chinese, considering how big the industries are. But then again, it comes down to which line of work you really want to work in, too, so that has to be a major consideration

Whichever ones would be helpful.

Nevermore said:
Whichever ones would be helpful.
Click to expand...

... in my eyes, all of these would be useful in some way or the other.

IDK but i would go with Italian. Then you would have an asian language and a European one..idk variety
P

I don't think you're asking the right people =/ If you want to learn another language based on how much it interests you, and not on how useful it is (Chinese), then it's really up to you.

I'd learn Latin, not because it's useful (hint, it's completely useless), but because it really interests me. I say pick up the one that fascinates you the most. Of course, the further you stray from English, the more difficult it's going to be for you.

Annoyance said:
It's something different, I like helping people out as it is with Japanese with what little I know so I can only imagine how much of a help I'd be if I could actually say I'm fluent in whatever language.

And I just find it fun.
I don't particularly know how else to describe it else than that.
Click to expand...

This is exactly the answer to my question, and Phoenix was kind enough to explain the significance of that answer.

All of these languages will give you a new way to interact with the world and to communicate that world. If that is why you are learning a language (as opposed to financial or other considerations outside of the language itself), pursue whichever mode of interaction you find the most interesting.

Of course, there's nothing wrong with taking other factors into account as well--learning and experiencing another language remains largely the same with or without these. 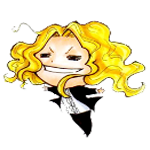 Japanese for your entertainment and because it makes you happy i guess plus you'll feel informed and stuff since you/everyone here is into like japanese video games i suppose.

and um i suggest Chinese, but if you're not going to be up to learning a language because it's just for you're work and not because you want to, you'll have more trouble because you're mind won't be set on it.

Since you want to learn Japanese, you will probably learn that easier.

I suggest Korean, but that's just me being biased and probably won't really do much.

Mmm... I say go w/ Italian then. It gives you the latin roots stuff, so if you ever have like latin/hispanic/language people w/e you'll have at least more of a chance to sort of understand them. A lot of the words are about the same. French to Spanish to Italian ect. Plus Italy has like delicious breakfast food and nutella stuff and omgod the food/w

If your job interest or community has/related to Russians/Russia w/e then take that if you want to but I don't know a thing about Russian and stuff so can't help ya there.

Good luck in choosing a language and in college!

plus if you ever decide to start singing, it has loads of beautiful songs to sing
A

fraulein annoyance should learn some german.

I would recommend Arabic ,beautiful alnguage and there is a high demans in gov jobs for someone who is fluent in Arabic.

take arabic if you wanna BLOW SHIT UP

GATTAI said:
take arabic if you wanna BLOW SHIT UP
Click to expand...

Don't worry I'm not going to blow up shit.

Well, I was thinking about teaching a language maybe. As a back up career, you know, and while I have the teaching job, maybe do some translation jobs for books and things at home if that's possible so I wouldn't be completely broke. You know, since teachers don't get any money.

I honestly just like having a bit of a connection between two cultures, blah blah blah.

Teach Basque, haha yea right. That would be really hard