MarluxiaNo11 said:
xD Marluxia is a personal fave tbh. even if he might be a little gay xD
Click to expand...

sorry. my computer's acting up


MarluxiaNo11 said:
xD Marluxia is a personal fave tbh. even if he might be a little gay xD
Click to expand...

Location
In a small town, where nothing exciting ever happe

MarluxiaNo11 said:
xD Marluxia is a personal fave tbh. even if he might be a little gay xD
Click to expand...

Dont worry i found the pun funny, zexion is sxc:thumbsup: its his hair its too perfect.

i liked demyx. its been said multiple times already but hell just for laughs. he was comic relief.

Demyx was so spoked out, everytime he went around the corner. ((=3
F

I adore Demyx and he is one of the most interesting Organization members with the unique ability to manipulate water and music in a harmony fashion. It is ironic that he seems to want Roxas to come back besides Axel.

Demyx defidently has the coolest weapon, and he was pretty zetta himself. Axels the best though.

Now Demyx and Zexy together.

I think Demyx was fully capable of being completely bad-ass.

Think about it- and this was probably already said somewhere along this thread: Demyx was part of Organization XIII. In fact, he was the third Neophyte to be brought into the Organization, which means that he was smart, cunning, and strong enough to withstand the change.

To be perfectly honest, I think everything we saw of Demyx was an act, and I'm not just talking about the emotions thing that all of the Organization members did.

Demyx was cheerful, and had that 'aw, shucks, I can't do this' attitude, but that doesn't mean that it was true.

I think it was a ruse, to fool Sora into letting his guard down a bit. After all, even Sora believed that Demyx was a 'kook' and that he was a wimp that shouldn't have been let into the Organization.

Well, that 'wimp' kicked my ass five times in Hollow Bastion before I was able to defeat him. He also turned dark and mysterious and... for lack of a better word... a true Nobody, saying 'silence, traitor', which, me being the girl I am, made me go 'oh, yeah'.

That's not to say that Demyx might not have been more of a cheerful character than the other members, simply because that was probably the kind of personality he had when he was a Somebody.

The last thing Demyx is, though, is a wimp. I had to level up several times to beat him, his water clones time-thingy made me practically pull my hair out in frustration, and I could be heard several doors down (I was in college at the time) screaming 'Damn you, Demyx, you SUCK!!!'.

Just because Demyx was more inclined to not want to fight didn't meant that he coudn't. I think Demyx was more the type to try to reason with Sora, before drawing his weapon and saying 'Ok, you asked for it, you wimp with a keyblade!'. That makes him smart, not weak.

And for those that might say that it said in the journal that Demyx was a poor fighter, remember- the journal was written by Jiminy, with Jiminy's biases and opinions. Jiminy saw that Demyx was defeated, and that he 'ran' after the fight with Sora in the Underworld. We can't take everything Jiminy writes down as complete truth, unfortunately.

Also, if he was such a wimp, stupid, and pathetic, how did he steal the Olympic Stone right out from under the noses of the Olympic Gods?

... Can you tell that Demyx is one of my favorite characters?
R

Demyx wasn't weak at all. He just didn't have the will to fight.
He's adorable, anyway. <3

Ren said:
Demyx wasn't weak at all. He just didn't have the will to fight.
He's adorable, anyway. <3
Click to expand...

Which is good business sense. Why fight if you can talk your way out of it? 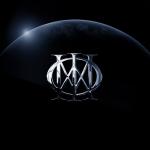 Rick got kh2fm+ said:
Demyx is one of my main reasons for wanting 358/2 Days
Click to expand...

I'm glad for you. 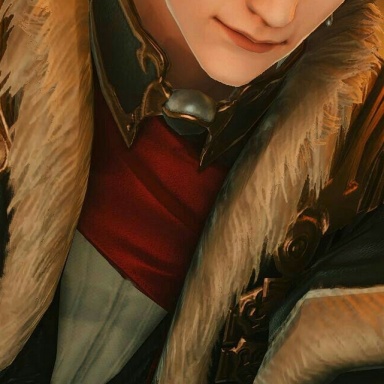 Demyx is cool, and IMO he just pretended to be a wimp... >D He is a mastermind!

Lifes.Lover said:
I'm glad for you.
Click to expand...

I'm glad that you are glad for me
G

And you're a Kenley fan?


Ren said:
Demyx wasn't weak at all. He just didn't have the will to fight.
He's adorable, anyway. <3
Click to expand...

Yes, yes.
He still kicked my ass an infinite number of times at Hollow Bastion, too. :x