What's up everybody. I was wondering if anybody else thought of this theory. Basically we all know about the relevance of eye color in the kingdom hearts series, at least among the main characters. Since it's confirmed that the Master of Master's Eye rests in Xehanort's keyblade, No Name, I'm wondering if you we can already put him to rest as being a bad guy. Right now because of how vague and sarcastic he is we're unsure if the master is doing more good for the world than bad. My theory makes him a good guy specifically because if he had fallen to darkness the eye on the No Name keyblade would have turned orange. I know some people may say that if wouldn't change color because it's not apart of his body anymore but I feel like we can rule that out. The Master's Eye is away from his body but all that the eye sees is still relayed to the Master.

I'll have more theories soon but to be honest I'm really starting to believe that Luxu is the true evil one. I believe he ends up getting corrupted by his own thoughts similar to Xehanort as a young man and begins to walk a darker path.

Well, it's been confirmed by now that the yellow eyes aren't a mark of evil, but a mark of being a vessel of Xehanort, and the MoM was defintely out of his reach. And you can be a bad guy without them, of course.
That aside, No Name has been used by Xehanort and No Heart and exposed to their immense Darkness, so either it's uncorruptible (or it was to begin with) or the corruption isn't visible.

Eye color isn't determined by whether you have fallen to darkness or not though.
J

Can you guys pull an interview so I can see for myself? Because if that's the case why does Ansem the Wise have these orange eyes? He's not a vessel for Xehanort.
D

It should also be noticed how before X No Name's blue eye itself was believed to be a sign of Darkness by many.
At this point I'm inclined to distrust any eye theory and wait for the games to point them out.
Who knows, maybe the various weird eye color mistakes are going to be answered (yeah right)

Ansem the Wise has red eyes that look nothing like Xehanort's.
Also, rather than an interview, you can just check Dream Drop Distance, Xigbar made it VERY obvious.

I don't think there's an interview, but it's pretty obvious in DDD.

Ansem the Wise's eye color isn't the same as MX's. It's a bit more orange and dark.

Okay I see what you're all saying. It's annoying though. Like how the heck do you have Terra's eye color change in the Kh2 secret movie when he gets pissed at Xehanort but don't have it actually happen in BBS until he gets taken over by Xehanort. I guess I'll chop it up to foreshadowing or carelessness on Nomura's part.

That was just a conceptual trailer though, nothing in there was really final. I also prefer the final version over the secret ending, soo. 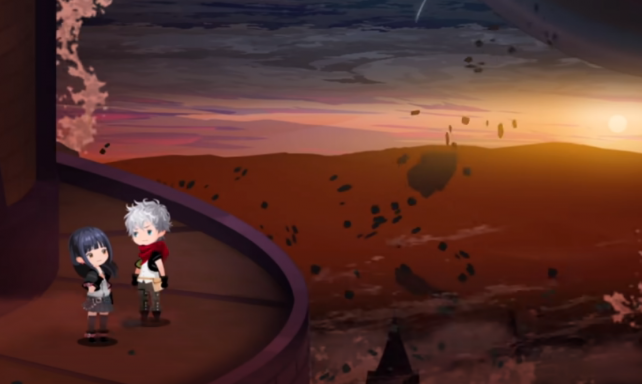 The "Eye" in the Keyblade might not be his real eye, but more like a recorder that be used as a "pen" to write the Book of Prophecies.

But if it is his eye...How does it not rot away?

JET said:
Like how the heck do you have Terra's eye color change in the Kh2 secret movie when he gets pissed at Xehanort but don't have it actually happen in BBS until he gets taken over by Xehanort. I guess I'll chop it up to foreshadowing or carelessness on Nomura's part.
Click to expand...

That's because it is foreshadowing/symbolism on the KH 2 FM secret movie's part.
As Muke says, this was a conceptual trailer that isn't actually canon to the KH universe itself as there are more "discrepancies" and things that never happen like i.e. Vanitas blasting Terra with a Thunder spell or Ventus' Keyblade shattering when he falls down the cliff (which can also be counted as foreshadowing of his ultimate fate with a shattered heart).

That eye color is an indicator if one has fallen to Darkness is a widely spread misconception within this series I am not even sure where it comes from because this was never insinuated anywhere.
Yes, in Star Wars yellow eyes symbolize a deep connection with the dark side of the force, but that's not an universal truth and isn't the case in KH. Deep Heart-connections can affect eye color somewhat though, which is why Ventus, Sora and by extension Roxas have all the exact same eyes.
I even found a comparison chart on the net somewhere: Sadly Ansem the Wise isn't included there, but his eyes are orange, not yellow/gold/amber like the Nort connection has and yes, there is a difference between those colors even if it is not immediately visible.
On the color wheel, the colors go from yellow->gold->amber->orange.
Ansem the Wise had these orange eyes already way before he ever met Xehanort as seen in BBS.

Muke said:
I don't think there's an interview, but it's pretty obvious in DDD.
Click to expand...

There actually is one, it was back in 2010 in the BBS Ultimania:


BBS Ultimania said:
-- Comparing the Organisation members when they were human to when they were in the Organisation, apart from Xehanort, only Isa and Braig have differently-shaped ears and differently-coloured eyes - why is this?
Nomura: It's a question of whether or not they're deeply connected to Xehanort. In Braig's case, comparing the scene where he's injured in his battle with Terra and flares up at Xehanort, his appearance afterwards changes, which hints that something happened with Xehanort in between.
Click to expand...

BBS was also the first time the whole "zooming in on the golden eye"-thingy was done in terms of foreshadowing.

Master Xehanort stating to Terra in Blank Points that he's just "one of many roads he may choose to take" was foreshadowing for the whole multiple vessels-plot as well.

I think orange eyes , like white hair , is only a sign of xehanort possessing someone and those trademarks wil not account for every evil guy in the series .However there is something to be said about the MoM regarding his affiliation to darkness.
There is a subtle hint towards the end of BBS when Aqua fights Terranort.At somepoint during the fight Terranort will spawn the guardian but No Name will dissapear from his hands .Also in no point during the fight will Terranort both wield the keyblade and have the guardian summoned.He will bring up the key while the guardian will despawn , then by seathing the key the guardian subtly appears behind him.
Now there are a couple of points to be made if my observation is true , first the key and the guardian are one and the same .In this event 1)the master is directly affiliated with darkness without question and , 2) the key is actually a living thing .And guess what creatures usually have a hollow heart crest on their chest and are of the dark.The heartless ofcourse.
So we know the MoM probably made the keyblade and if we assume the keyblade is a heartless then its easy to understand how the MoM knows about everything that will happen in the future . The guardian ,a manifested heart in every sense of the word, is able to travel across time back to where the MoM is as per the laws of timetravel .

Two points i'd like to add
1) Ansem SoD had the keyblade all along during kh1
2)In the BBS cinematic xehanort transforms the No Name into an orb of darkness . We can't really take this into account as cannon
but we can safely assume in Nomura's mind the keyblade was always something of the dark .

tldr; the No Name and the guardian are one and the same thus the master is affiliated to darkness
Feel free to correct me if my thinking is wrong , i tend to be naive at times .