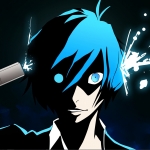 Hey guys! I got here like yesterday around two. I am currently in a local hotel, not far from the E3 Conventino. My school is pretty much out back home so I just got the rest of my assignments and shit for the week.

Anyways, checked out a lot of cool stuff. I am looking forward to all Kingdom Hearts related items they talk about. Also, seen the new Xbox 360 up close, it kicks. So does the new Ps3, they have it in a booth all by itself, and there is like always a huge crowd moping around it.

Anyways, if there is anything anyone wants me to check while I am here, please tell me! I am doing this from my laptop!

Location
Noting that sanity is a point of view... Mine is s

yes that and of course advent children! yay for the PS3! oh and yay for KH2!
S

Specking of E3, Who here thinks that once E3 05 is done and over, we will no longer have to use BHK. I'm hoping that we finally find out that guys name.
S

Doh! How could I forget advent children? Oh, and any updates on any Final Fantasies.
P

how many people people here think that the new PS3 controllers are crappy looking and they look painfull? i do

anywayz, BRING ANY INFO ON KH2 ...and try to get that new KH2 trailer on ur cam or sumthin if u have one.

OOC: Hey the new PS3 controller, I can say something about that, it actually feels alright. I mean it is not the best controller in the world, but they had like six mock ones they let people hold and test out.

Oh, as for a cam on the KH2 Trailer, I do not have one, but my friend does. Maybe we can sneak it in. I glimpsed at the KH2 booth, it looks awesome. New Organization member looks...interesting >.>

I am gonna get over there about noon today, seeing as how most of the booths open around ten or so.

Oh, and another thing, release date (while not specified) is confirmed. They should change it. The people at the conference from what I heard say that KH2 will be out in most likely late winter 2005!!

Now, the punch line. I am not fully sure if they were talking about an American Release date or Japanese. Guess I will have to wait and see.
S

Location
In front of the computer, silly. :3

No offense or anything, but if your age is correct, aren't you a little... you know... too young to be at E3? It's only supposed to be open to those over eighteen who are media representatives or have some sort of business reason for attending o.o

Well, if you really are there, do keep us posted on the latest news; a lot of the forumers can't be bothered to hop between IGN, Gamespot, and G4's websites for coverage =P

late winter 2005??? late winter is like in march nvm i'm confusing myself as long as it is released this year
B

get pics of PS3 and PM them to me if it would be no hassle, also im sure lots of ppl would like pics of KH stuff.
O

.The Rebirth of GFX.

aww but BHK is fun to say and look for the nintendo booth to find some Legend of Zelda Info plz.
A

Knowing BHK name finally would be nice but im with you BHK Unknown, Im going to miss hereing and saying BHK. Now when they release the name when anyone says it im going to be like 'WHO?!?!' then im like 'Oh yeah BHK!'

Salsa, I am glad you pointed the age thing out. See, I am 16, but you do not actually have to be eighteen older older. Now some of the more private things, like conferences, you do, or have to be with someone that goes to one. I was at one of hte PS3 conferences earlier ( actually I could not get in... I stood at the door tho ^_^). I only have this thing to say:

PS3 will blow the ****ing h*** out of Xbox 360. If you like Xbox, good for you, but in my opinion.. well think of it like this. PS3 is Armageddon on the horizon for Xbox 360. The 360 has some nice new features (including all these sim things you can do) and has all these hookups and compatabilities, but the PS3... it is ungodly.

As for more information on KH2, there is not much going around about it or saying a whole lot about it.

Someone asked about the new Zelda. In case you have not heard, the Official name of the game is:

The Legend of Zelda: The Twilight Princess

Um, now, bear in mind, complaints about the new PS3 controllers... this is a PROTOTYPE. For those of you who do not understand that, it is a rough working version. I like hte controller actually, believe it or not, the handles of it are closer together, and make it more form fitting. Up to seven controllers for it too (w00t).

Hey, you can get more info though from watching the e3 coverage on G4TV!! They know a HELL of a lot more than I do, but I can do the best I can.

The new KH2 Trailer. I am not sure if I made it too late to watch that one... I think they have not showed it yet. They are just now getting to the games and such, er, revealing more about them. The new Pokemon looks promising.. well I am an old fan of them, so sue me if you don't like it.

Oh, the new Unknown. Found out a little more about him. His weapons are weird... I cannot remember what they are, but its like dual or something.... but he is very freaky looking, reminds me of a guy from Pulp Fiction

That is all for tonight folks, I will be going again tomorrow, so, till then, see you all laterz!


Oh and I forgot who asked it, but you CAN get pictures of the PS3 from this site: www.e3insider.com
M

um. you said something about a blue-haired unknown. Is there any more info.
A

This is getting interesting, thnxs for all the info Zex, keep it comming
Hmm, those PS3 controllers do like sort of complicated to use it, whats with the rolling red ball? well at least you told us there proto-types.
S

oh can you see what the realease date for The legend of Zelda:the twilight Princess Is? Adn for KH 2 can you see BHKs name whay worlds are there and anything else I would appreacate it and you can PM this stuff to me.