Location
Probably in some gutter.

The Dawnguard expansion features the vampire-hunting guild of the same name, as well as their counter-faction of what appear to be unique vampires, the leader of which seeks to acquire the Elder Scrolls. Featuring glowing eyes and generally appearing quite normal otherwise, it is implied that through this group you can temporarily metamorphose into a vampire lord of sorts, sprouting wings and adopting a generally monstrous form. Seen in the trailer is a dark and stormy realm that could potential be the Quagmire, the plane of Oblivion belonging to Vaermina.

Outside of the story-related content, gameplay additions - some of which were first glimpsed as part of Skryim's Game Jam - include: crossbows; mounted combat; dragons capable of diving under ice; a snow ogre of sorts; particular slain vampires collapsing into skittering bats; an undead horse to ride in at least the mysterious new realm, and possibly more not yet seen.

Priced at $20, the expansion goes live this summer. 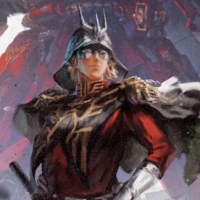 Just saw this and nearly crapped myself.

Location
Probably in some gutter.

I wondered what it was when I saw all the black cloaks come on stage, and the 'mystical' background, and once he said Bethesda I knew it wasn't Fallout. I honestly had chills when they were saying it was their next title and release date.

Then the trailer said the word Elder Scrolls and I am not ashamed to say I lost it for a minute.

I'm glad it's coming out this gen.lol Ahh Skyrim, going to be around a lot of snotty, loud, and obnoxious Nords. How I'm looking forward to my Redguard's long sword making sure they never speak again... Then again, I was predominantly a warrior in Oblivion, might try a little magic this time and be a Breton or an Altmer (only if those Altmer aren't so annoying to play in this game to start things off)

I'm finding it very hard to say anything coherent that will express the decibel at which I squealed in excitement as soon as I saw this. I am literally sat here unable to untangle my thoughts. This is DEFINITELY going to be the game of the year 2011.

And it's less then a year away, Finally! another great year is comming my way

Well, Oblivion was rubbish anyway. And since this is using the Gamebryo engine and the fact that Bethesda's writer can't write for shit, I'm not holding much hope for Skyrim.

I need to get off my ass and actually finish Oblivion.
C 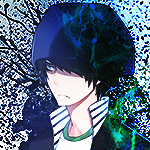 My warrior mage is ready for any challenge. Bring it on and get ready for the touch of death!


No, I'm sorry, I meant that I've never heard anybody say Oblivion is rubbish; you took me by surprise since I've only heard good things about it (despite its somewhat lulsy glitches).

I don't get excited by shitty CG trailers that don't show a single thing of what the real game is like.


Merope said:
you took me by surprise since I've only heard good things about it (despite its somewhat lulsy glitches).
Click to expand...


Eh, if you look around, you'll find the bad criticism that no one seem to bring up, But the common argument is that the writing, lore and quest were weaker compared to the previous Elder Scroll games. However the same group loved Shivering Isle for having the better writing and lore stuff.

I disliked Elder Scrolls, just that I dislike Oblivion a bit more.