Also please don't claim characters at this point, as there may be changes with the story (if it's the later option) that mean some characters are missing or they're not as active in the story. Just let me know that you're interested and which RP you're more interested in, and we'll go from there! Thanks! ;v;

OK THAT'S FINE KIDDO! I'M FINE WITH WHATEVER SO YEAH!

and gee i wonder which character you would play i have no idea this is a tough question lmao
Click to expand... 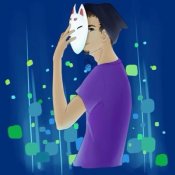 Location
Where all universes connect...

I'm definitely interested in a Gravity Falls RP, so you can count on me joining. ^-^