how do you feel about piracy?

Bobby Craft said:
It sounds like people are trying to justify stealing.

Or think that they are doing society a favor by not making the millionaires even richer. I can sympathize with this. But I really believe there are better ways of being an activist than committing a felony.

Not that I'm any better though. I've ripped my fair share of pokemon games and Microsoft Software. But I understand that what I did was very very wrong.


Nobody is justifying it. We just don't give a fuck.

Ethnic Woman said:
Nobody is justifying it. We just don't give a fuck.
Click to expand...

Yeah, I work at Wal-Mart.


But unlike the big companies, we don't have billions of dollars at our discretion.

Not that I pirate much, but if I did, I'd definitey do it for games I want to try, not really play, from companies I don't really care much about (like most of Sony's first parties, to be honest).

I don't listen to a whole lot of music, so it's not really an issue, but when I do, on the off-chance, get a song, I usually get it in some sort of free way; there's no real musician or record label I care to support enough to warrant a purchase from me. 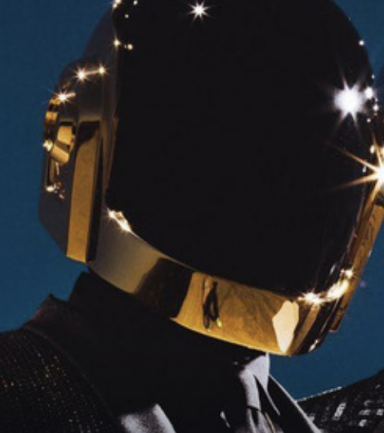 I download tons of music (although significantly less now thanks to Spotify). And movies and tv shows.

... okay yeah I'm a pirate. lol But the difference between me and someone who just downloads to hoard is that if I download a CD or a TV show I really like, I will go out of my way to buy a genuine copy soon after. Lately that has included Big Bang Theory, How I Met Your Mother, and Foster The People's new album.

I don't really believe in "listen to one song and then buy the album" logic. I want to listen to everything first before buying it. With TV shows however, I'll watch it all after downloading but I'll still go out and buy copies of the DVD's. Support the artists.

Ethnic Woman said:
But unlike the big companies, we don't have billions of dollars at our discretion.
Click to expand...

Nevermore said:
You also don't have all the responsibilities or obligations of a big company
Click to expand...


You got me XP but even so, it isn't like people aren't still buying what they are selling and they aren't bringing in a ton of revenue.

Hardly doubt this chart is accurate and it only talks about software.

It isn't like everybody is pirating. A regular consumer wouldn't even know where to start when it comes to downloading things for free.

I pirate and don't give a shit.


But I eat oranges just in case

Pirating's fun. I do it sometimes and it's not that big a deal.
S

I am curious how many will support DDD, since there isn't a emulator, i guess theres always youtube tho

I'm going to mention this.

Nevermore said:
You also don't have all the responsibilities or obligations of a big company
Click to expand...

actually that's pretty funny because companies want all the rights of individuals but are hardly ever tasked with the responsibilities of them :3

Mmhmm, you have to be stupid to say you're pirating simply because you can't afford it.

sdr08 said:
I am curious how many will support DDD, since there isn't a emulator, i guess theres always youtube tho
Click to expand...


I'm curious as to when you'll stop jumping around topics

As a college student without a income or a career yeah you could probably see where that's going.

As for the topic itself if games weren't so expensive same for music and movies this stuff probably would die down a little at least. Main reason I don't buy Blu-ray you see those prices $25 for Lion King or $25 and I pick up some food from the store that's basically what goes through my mind when I think of piracy sometimes.

sdr08 said:
I am curious how many will support DDD, since there isn't a emulator, i guess theres always youtube tho
Click to expand...

there is most definitely an emulator for the nintendo ds

Yeah about 6 I know of now for the 3DS that's another thing, but I'm certain after about a few months there has to be at least two maybe.

Here's the thing, pirating is for criminals who want to save money and/or make a quick buck, it also takes money from whatever company owns the stolen property, digital or not. It doesn't matter if it's some big multi-million dollar corparation, if they lose money, it effects the hard-working, poor folk that either work for said company, or not. If the big movie company loses enough yearly profits, some people have to get laid off, but in other cases, some products or services get pulled from store shelves (i.e. Square Enix, Disney, PSN Store, etc.), which effects those other poor folk in a less vital way. Pirating is breaking the law, and unlike other things I disagree with that is law, like marijuanna and prostitution, I agree that pirating should stay illegal for good. Feel free to put in you're opinion.

yeah, those big movie companies making profits in the hundreds of million in the opening weekends of large films are really going to have to fire some dickfaces if i pirate that movie

prostitution causes rape and murder and the spread of STDs, btw.

Peppu said:
yeah, those big movie companies making profits in the hundreds of million in the opening weekends of large films are really going to have to fire some dickfaces if i pirate that movie

prostitution causes rape and murder and the spread of STDs, btw.

not going to even go into marijuana because i'm sure all the stonerfags here will be all NO IT DOESNT LOL IT DOES NOTHIGN WRONG ITS JUST MAKE FEEL GOOD
Click to expand...


Let me rephrase, if a company loses a certain amount of money in yearly profits, they would lay off employees as a result. And I suppose I shouldn't have mentioned those, but all I was saying is that prostitution should be legal because anyone has the right to do with their own body as they please, and marijuana should be as legal as cigarettes because those stoners have a right to get high, however, not in a public place like a store so they're acting like fools.

Your reasonings for prostitution and marijuana to be legalized are kinda on the stupid side.

If there was ever a good reason for prostitution to be legalized, it would be to give prostitutes access to health care, eliminate underground sex slavery, make it possible for prostitutes to approach the police for issues like rape and murder without the fear of being arrested themselves, etc.

A better reason for marijuana to be legalized would be to give the government another source of revenue.

My reasons are hardly better than yours but at least they aren't justified by the right of freedom to do whatever the hell you want.

Also, nobody is saying pirating should be legal. Lol, so a kid who downloads mp3s of japanese songs is just as bad as a adult criminal who has stolen money or objects from a store?