If Disney never lost the rights to Tarzan, what games do you think Deep Jungle would've been in? 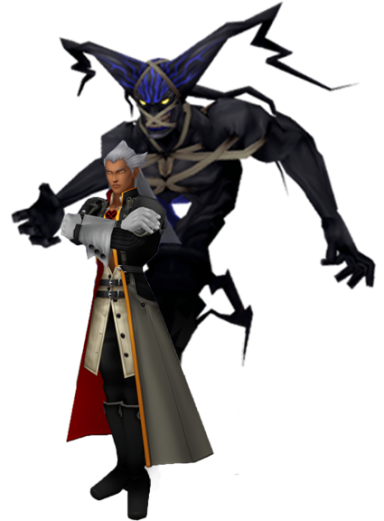 Honestly we already know it would've been in KH COM. I can imagine KH COM would've been a little different. It would have power wilds, and bouncy wilds not in Olympus Coliseum, but in Deep Jungle instead. I can see Creeper Plants, and Tornado Steps, ans well as Shadows and Soldiers being their as well. We know the Story would have do do with memories and it would have been interesting to hear a GBA version of of 'Deep Jungle' and 'Having a Wild Time'. Fast-Forward to KH 2 I don't think it would have been in KH 2 since we already have a wild/ jungle world aka The Pride Lands. It may have been one of the flash backs though though if it wasn't removed. Honestly it would have made KH Re: COM MUCH better. Also 100 Acre Wood can still be added in a book in Traverse Town. It can be a bonus area. But besides that hearing a RE: COM remix of 'Deep Jungle' and 'Having a Wild Time' would have been nice. It's very likely there would have been a jungle sliding mini-game with a remix of 'Holy Bananas' if it was in the game. I can imagine climbing vines rather than stairs as well.

Also it would have been a great world for KH 358 /2 Days. Since Xigbar uses gun arrows, it would have replace Agrabah possibly. We know they added Wonderland because of card soldiers and Luxord uses cards. Imagine a DS version of those songs and what cool heartless would have been their! I can imagine the Veil Lizard being a Boss fight here rather than Twilight Town instead. It also had a Good chance for BBS because of young Tarzan. A BBS Version of Deep Jungle Music? Awesome! Jungle Book was going to appear as a world because it would have been a great substitute. Also I can see it being in the game because it could've followed the events of Tarzan 2 when he was young. I can picture Wild Bruisers, and Triple Wreckers here. I dont' think it would've been in KH Coded because of limited space along with Re:Coded. Then again we never know. And KH 3D had new Disney Worlds only so that's out of the question. Imagine if time was different and Edgar Rice Boughs estate let them use it! n This and Billy Zane never leaving would have made the KH Series SO MUCH better! Just imagine! :biggrin: Also what do you think the games it would have been in?

Yeah, I'd say CoM, KH2, Coded, and BbS. Of course, they might've left it out of KH2 since they had TLK there. Somehow I doubt it would have been in Days, although it's possible.

I wish they still had the rights for it. I'm not a huge fan of Tarzan, but I don't mind it either and it would've been fun to have a jungle world again. I wish I understood the issues with the rights because if they can't use it here, how do they re-release the movie so often or create merchandise. And how did they make a TV series and a sequel, which the estate couldn't possibly have seen as better than a video game series.... Bizarre.

Who knows? I think square lost the rights first, or couldn't secure them. Also as long as the movie was made, etc they can re-release and remake it as much as they want. If Deep Jungle could have made it to KH COM. It would have been in KH RE COM since KH COM already has the rights. This same logic can be applies to KH 1.5 HD Remix where we see Deep Jungle in KH FM. I do think it would be cooler to see in other games, and it was one of my favorite worlds in KH. It's sad to only see it in one game.

Wait, Disney lost the rights to their Disney version of Tarzan? Enlighten me, please. I never knew about this and would love to know.

I've wondered about this before. It definitely would've been in CoM as they had the world planned out:

I would say the only other game it would've been in would be Coded because that reused KH1 worlds.


Tartarus said:
I wish they still had the rights for it. I'm not a huge fan of Tarzan, but I don't mind it either and it would've been fun to have a jungle world again. I wish I understood the issues with the rights because if they can't use it here, how do they re-release the movie so often or create merchandise. And how did they make a TV series and a sequel, which the estate couldn't possibly have seen as better than a video game series.... Bizarre.
Click to expand...

Well I know for certain the series was made and finished before the copyright issues happened, it's the sequel i'm not too sure on.


robvandam111 said:
Wait, Disney lost the rights to their Disney version of Tarzan? Enlighten me, please. I never knew about this and would love to know.
Click to expand...

I don't have the full details but it happened in between the releases of KH1 and the GBA version of Chain of Memories. Nomura had Deep Jungle planned for CoM but then they lost the rights to it and the world was dropped.

robvandam111 said:
Wait, Disney lost the rights to their Disney version of Tarzan? Enlighten me, please. I never knew about this and would love to know.
Click to expand...

Tarzan is owned by Edgar Rice Burroughs, Inc. So it's not quite that Disney lost the rights to their own movie, but were just unable to use it for anything (including KH.)

Kiiiind of. Tarzan was first introduced in a novel published by Edgar Rice Burroughs in 1912, the family-owned company controls the copyright of this book and its various characters and plot elements. Occasionally, they will license the property to other companies to adapt, which is what happened with Disney. Disney owns their interpretation of Tarzan so far as what they've put into it, but overall the property is tied to the original company who allows further licensing on a case-by-case basis. Why they haven't done so lately is...unknown, but I've heard various things.

Recently, Tarzan entered into the public domain, meaning the copyright on the character expired. HOWEVER, the name Tarzan is trademarked, which is a different process and the company is still trying to retain control over the "brand" of Tarzan by enforcing those laws. So far, the case to my knowledge hasn't been settled BUT it's not out of the realm of possibility that Disney's magical law team will be able to side-step these issues and regain total control over their interpretation of Tarzan. Meaning Tarzan could come back to Kingdom Hearts sooner rather than later.

I never liked Deep Jungle as a world, so I was happy that it never returned. I actually thought (I assumed) that other people didn't like Deep Jungle and that's why it was never in CoM. If it were a world that could be re-used, I think it would have probably been in 358/2 Days and Coded. MAYBE BbS, but probably not. It would have been interesting for Tarzan to have met TAV and they were the ones who taught him about "friendship" and hence he knew about it in KH1.

I would have thought BBS, where you would meet a younger Tarzan probably.

As much as I hated Deep Jungle's Boss in KH1 I LOVED the Tarzan movie (If you ignore the "Clayton killed via strangulation", which horrified me as a child and to this day) I always loved exotic fantasy places such as Abgrabah and Deep Jungle since I could never get a chance to explore such places in reality (Let's say... I'm not an outside person :U) I realllly hope Disney gets the rights to the trademark again soon, I'd love to experience a much larger and more detailed version of it in KHIII!

I can see Tarzan's world being in CoM (of course), Re: Coded, and maybe Days. In KHII, I imagine Tarzan would be a summon, like Peter Pan.