Location
OUT OF MY MIND

If it is Eraqus' Lingering Sentiment is he using his keyblade. Terra's was using his, even though it shows up with vens to defend aqua in the realm of darkness for some reason, but Aqua has, or is shown to be using, Eraqus' keyblade in the RoD. Even though VS uses a monochrome of his originals keyblade, though THAT could be Vanitas's original keybla- *head explodes*

Location
Elysion, the Realm of Dreams

Wow. Now I'm a little peeved at Japan. The Monstro fight looks EPIC! And if you notice, it looks like the exact area Monstro appears in the movie (At least it looks similar)! How I would love to fight a Giant whale....And Armored Eraqus looks awesome, though I wish there could've been a scene/picture showing his full form in armor, not just segments or hidden behind his Lightchain blast. Him being in LoD does raise some serious questions...Too many theories to count (especially with the possible connection to Xehanort's Promise (My name for the MF), even if it is slim). We'll have to wait until more info comes out/January.

Yep, that Wild Bruiser was recolored. I guess that's to be expected, being a Final Mix and all...But does than mean new Unversed? Likely...We'll have to wait and see.


Check YouTube, I was able to see another video of it there. 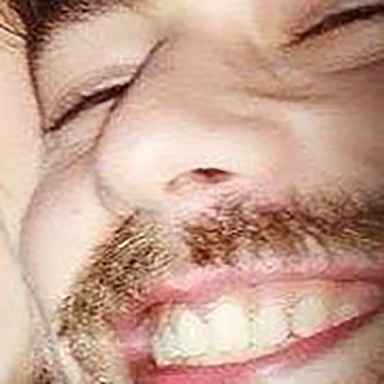 magi said:
I noticed that in the video when Ven is shown to drive Pete's car a recolored wild bruiser i shown too, black with red cuffs.So...the Unversed were recolored in Final Mix like the Heartless in the other Final Mix...
Click to expand...

Oh good, so i'm not just seeing things in that case. I'm really happy they're adding new Unversed, even if they are just recolorings of old ones.

MF + Eraqus Fight = All over rape

Hey guys I have a question, I watched the final mix trailer and I noticed they were talking in english so is final mix in english?

I can't speak for anyone else, but I found those videos on NeoGaf and there was no credit there. :] Which is why I am crediting NeoGaf.

I credited where I found it from.

Regardless, the last thing you want to do is be credited for conducting illegal activities. Square Enix basically has the ability to file lawsuits in this case.

Okay, Monstro and Armored Eraqus have made my decision. I am going to import, for realz.


TeamMatt said:
Hey guys I have a question, I watched the final mix trailer and I noticed they were talking in english so is final mix in english?
Click to expand...

Like all final mixes, all of the dialogue is in english. The text on the other hand, is in Japanese.

wow maybe I really don't know anything about kingdom hearts I didn't know final mixes were english. But thanks i'll just import it than.

Damn people actually want to pay $50 to fight a whale? That is the last thing I would spend $50 on.

The Monstro battle looks so, so, so amazing. I kind of wish they would've just added Pinocchio's world in a future installment and placed the battle there, but I guess this works. By far the most exciting (if random) part of the trailer. livin' in the past

Trimms said:
Damn people actually want to pay $50 to fight a whale? That is the last thing I would spend $50 on.
Click to expand...


Oh thank you. I was starting to think I was the only one who sees this whole project as a joke. I mean, cool, we get to see Eraqus as a power ranger too and a Monstro battle(?) Okay, that's arbitrary as fuck, and there's no reason to establish this much of a hype for this at TGS when they can instead focus on KH 3D. I'm not even gonna say anything about Re:Coded because that's just another re:release for them. That'd be more of a big deal at a Western Gaming Convention.

I'm guessing that the girl in red is japan, and the other woman is America right?

This is so firehumping stupid, I'm so P.Oed! For once we get some more stuff than Japan, but then for no reason -they get a mega super ubur spoiler. Why couldn't we get that, I really want to freaking know.

...We better get some free DLC or something...

Jozi said:
I'm guessing that the girl in red is japan, and the other woman is America right?
Click to expand...


That was actually directed at someone in this thread, but that makes sense too. =)