Okay, I'm getting to the bottom of this "KH Cartoon" rumor. This is an interview with Nomura from OPM magazine (The important part is in bold):

He is Sora. Walking into the meeting with a baseball cap pulled securely over his face and shorts-with multiple belt buckles no less-that stretch down to the middle of his shins, Tetsuya Nomura is a nearly a real-life reflection of the hero in both Kingdom Hearts and Kingdom Hearts II. It’s not surprising, really. Out of all the characters Nomura’s designed in his career at Square (which includes well-known faces from Final Fantasy VII to Final Fantasy X), the cheery keyblade-bearing youngster is at the top of his list. "Sora is my favorite character," Nomura says. "[Kingdom Hearts] was the first game I directed, so I could give all the characters a fresh look even though there were some superiors involved [in the design process]."
Clearly, Nomura is excited about continuing directing duties for Kingdom Hearts II because it gives an opportunity to fix some of the problems with the previous game, as well as integrate features that originally didn’t make the cut. "The engine has been redeveloped," Nomura explains. "I’m really proud of the enhanced battle system and that all of the characters have a serious role this time around." Even the infamous Gummi Ship portion of Kingdom Hearts has been retooled for the sequel. "It was a good concept," Nomura says, "but it’s completely new in Kingdom Hearts II. It’s more like an attraction or a ride."

Nomura knows this experience is crucial to his career, but he relishes the opportunity to learn more about directing before moving on to other projects. But there’s a bittersweet side to his involvement with Kingdom Hearts II. "I love Sora, but it’s with a broken heart." Nomura mutters out from underneath his hat.

Indeed, not unlike a parent giving a child up for adoption, Nomura has no control over Sora or any other original characters appearing in Kingdom Hearts. The contract between Square Enix and Disney gives almost full control of the Kingdom Hearts property over to Disney. If you happen to see Sora appearing outside of a game in a something like a cartoon, there’s very little chance Nomura is involved, but that doesn’t affect his excitement (or ours) for Kingdom Hearts II.
Click to expand...

I think much of the rumor is due to this magazine article. Sure, there were a couple of other places that said it might happen, but I personally do not think there will be a KH anime.

I thought I heard somewhere that there is a kh show and it's going to air on jetex this summer?? I have no proof, but I did hear that somewhere, I forget the site.
Click to expand...

I think I know what you're talking about, KingdomHikari. A long time ago, someone on this site made a thread and said they saw a commercial for a KH cartoon on Disney channel. Everyone got really excited, and asked for proof. In the end, it turned out he had seen a Digimon commercial, and had mistaken one of the characters to be Sora.

So yeah, I don't think the cartoon idea is going to happen.

i think having a series would be stupid
M

The master of all Monkahs

Location
In the basment playing KH or at my computer postin

sry about earlier i didn't read the date. me and my friend found it and posted it
D

omg u people r wasting ur time. THERE IS NOT GOING TO BE A KH SERIES IT IS A @#$%& LIE. *EKH* is a liar, he said he found the information on tons of websites, yet no one else can find a single website confirming that there is a series in progress. STOP WASTING UR TIME LOOKING FOR PROOF U WONT FIND ANY!!!!!!

hey, lighten up, he wasn't lieing, there have been a few sites that have tidbits of info and rumors about this KH anime cartoon, produced by disney, or the movie they may be making(which would be way better than a cartoon series, cause i couldn't think of much they could put in a series). He wasn't lieing, he was just misinformed and buying into the rumors that people seem to love spreading so much.
C

ok just like the first reply said, you have to have a relyable resource and they need to have facts that will saport it. but OMG OMG OMG OMG. if they are making one OMG OMG OMG OMG i will wach every single episode and i soooooooo wont miss one. but post wat website you found it on ok and let every one see it. ^_^ 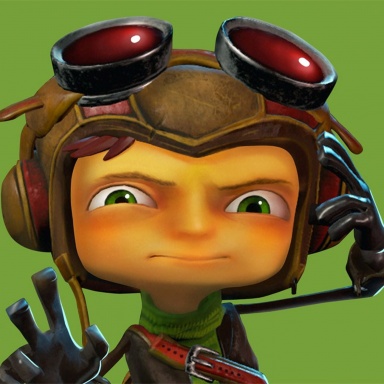 Yikes some people are so-violent...

that's what happens when debate about a KH anime show rolls around.

Well theres a manga. And in japan, ALL mangas become anime. So i would expect to see fansubbed episodes of it after the manga moves on a bit.
K

Thats what I meant by FANSUBBED. As in japanese episodes with english subtitles.
T

lol that is so funny that someone can post KH CARTOON! and get a million replies
G


khinfomaster said:
Well theres a manga. And in japan, ALL mangas become anime. So i would expect to see fansubbed episodes of it after the manga moves on a bit.
Click to expand...

not really. The Pokemon Special Manga is an example, yes there is a Pokemon anime but its not of the Pokemon special manga, the two are very different.
M

Location
In My House

if that happens then the Disney will make it as KL said.