Square Enix have released information on what exactly Kingdom Hearts Dark Road is, while highlighting the connection the game will have with Union X.

Kingdom Hearts Dark Road will be a brand-new game available within the Union X app and can be launched from the Union X title screen. The game will feature card gameplay while you play as a Young Xehanort traveling with Eraqus across Disney worlds such as Agrabah.

Additionally, the gameplay will feature high speed battles that require quick reflexes to flick during combat. 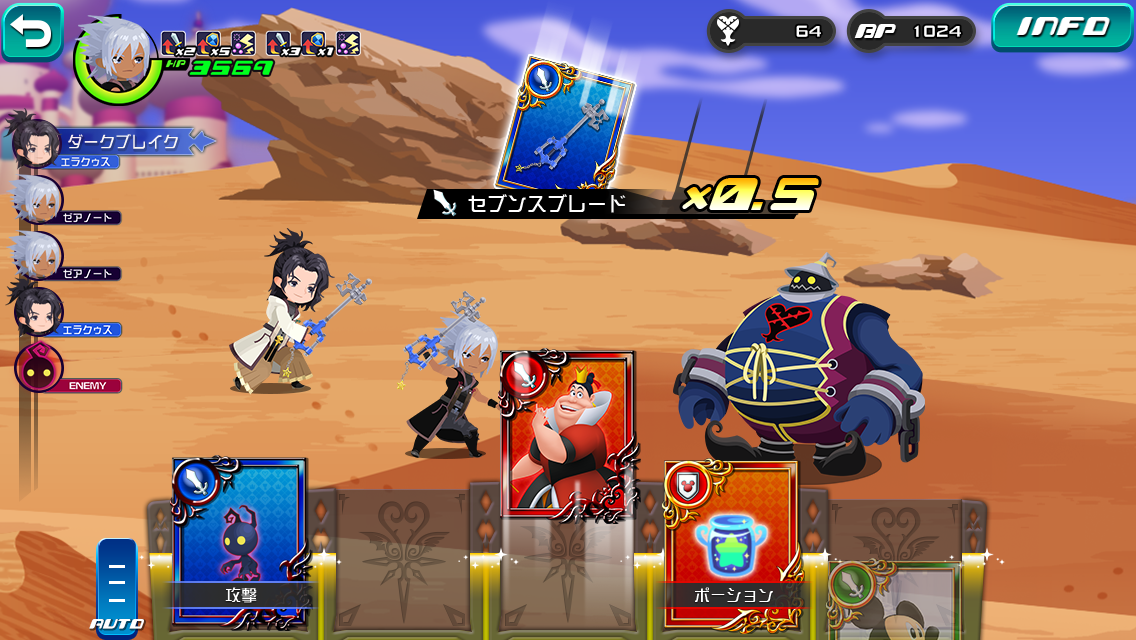 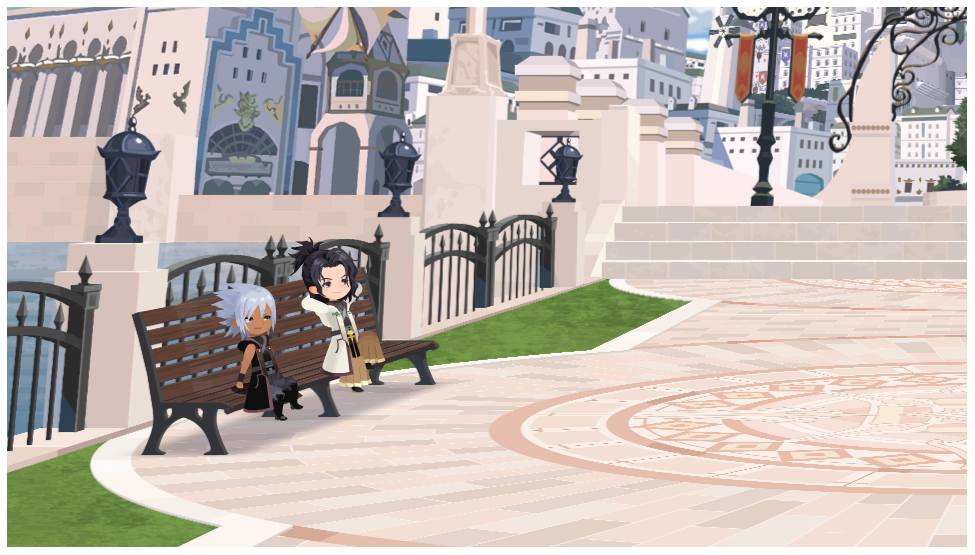 * DARK ROAD will be a standalone game which can be played without playing Union χ.

◆KHUX & KHDR Link Campaign
The more complete your KHUX Medal Album is, the more points you can earn in KHDR to trade in for Cards to be used in battle! 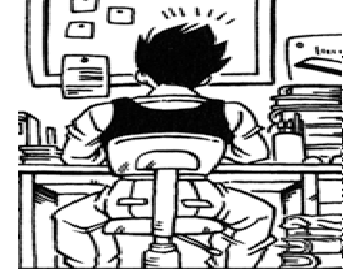 So it's not a million miles away from UX, but not quite the same. I'm feeling a little optimistic about the points system for getting cards. Obviously that can still be monetised to hell but right now there is a bit less of a hardcore gacha vibe.

Agrabah and emblem heartless? How the heck is this going to work? 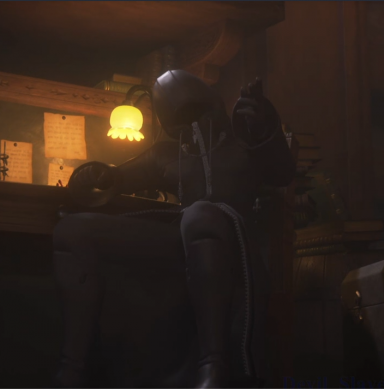 so another gotcha game, cool.

All reused assets and KHUX was already starved for content. they must have like 5 people working on these mobiles games. jesus.
Last edited: Feb 19, 2020 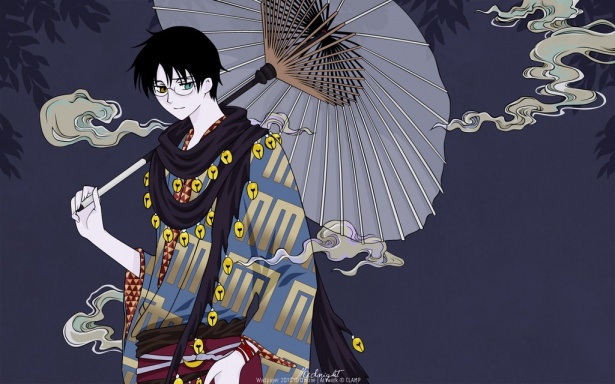 This is underwhelming. The only potential silver lining I can conjure is that, perhaps, this means they’ll be phasing out Union X soon. Which ~hopefully~ might mean they can move onto releasing it as a cutscene movie à la Back Cover.

I'm relieved that it's not actually a completely separate app.
Wonder why they made a separate Twitter account, that being the case.
Should we consider Dark Road a separate game, or just lump them together as Union χ Dark Road like the logo?

Also, the gameplay is markedly different from the normal game, and feels a bit nostalgic for χ[chi]
I'm excited.

Japanese notice does state that this is the "double feature" Nomura mentioned in September.

Sign said:
Not that it really needed the confirmation at this point but the Japanese notice does state that this is the "double feature" Nomura mentioned in September.
Click to expand...

I don't care about them

They can't even be bothered to be consistent in their messaging.

I'd like to know how the heck they're gonna explain how there's Emblem Heartless around...
A

Great.
Same childish chibi art style.
Same reliance on cards/medals (no evidence yet that this will be another gacha mechanic, but I'm 100% sure they're going to go that route—it IS the exact same team, after all, and these people have proven they have NO shame...)
And more Agrabah... UUUUUUUUGGGGGGGHHHHHHHHHHHH!
They couldn't even be bothered to separate it and give it its own app.
I can only pray that they won't manage the story the same way they've managed Union X. If they put this out in little drips the same way, I'm not playing, even if it's free.
I'm so disappointed in Nomura that this was the best he could do as a way to tell Xehanort's story. I can only hope that making it on this device and making it essentially an outgrowth of the UX application means that there isn't actually much story he wants to tell, and that this whole story will be over and done in quick order—a small little side story like 0.2.
I can't even say I'm that excited to see more of Scala in this game. Not if it's like this. I want to see more of it in a real game, not mangled and warped into this bite-size world with its bite-size avatars and two-dimensional art style.
God, I just hope this game crashes and burns. I know only a little bit about it, and I already hate it. I just want it to die quickly so Nomura/Square Enix can finally take the hint that we don't want these godforsaken mobile games. Give us the story on the consoles they deserve to be on! I never thought I'd miss the days of handhelds...

I don't know what I had hoped for this game, but eh? I'm not into mobile games so I'll just follow the news on this one. If I know KH like I think I do, this game will introduce a girl that is very important to Xehanort and Eraqus that we never heard about and she will play a role in Xehanort's downfall to darkness by either dying or being in some limbo state for Xehanort to save her, he forgets about her and falls in love with darkness instead and he and Eraqus never speak of her until it becomes relevant. Don't let me down Kingdom Hearts XD

FudgemintGuardian said:
I'd like to know how the heck they're gonna explain how there's Emblem Heartless around...
Click to expand...

All Heartless come from Darkness, and have no physical bodies by default
So they're time traveling :^)

I'm kidding but like, this is a very real possibility for why Heartless are in UX/Daybreak Town at all. Remember when your Foreteller said it felt like someone was bringing the Heartless there?
A

FudgemintGuardian said:
I'd like to know how the heck they're gonna explain how there's Emblem Heartless around...
Click to expand...

I have two guesses.
1. They won't.
2. This could take place back during Eraqus and Xehanort's exam days, and one of the Secret Reports by Xehanort stated that one of the exercises they went through was to go through the worlds of the ancient Keyblade wielders from the Union X days. Maybe this means the Book of Prophecies is around at this time, and maybe it conjures up those worlds (and the Emblem Heartless) from the future just as it did during Union X.

The only way they can make me visit Agrabah again is if Eraqus, Xehanort, or any one of the other new characters flirts with Cassim the hottest dad ever

God, I hate this. I really hate this, but I'm too curious to not try it out. I don't think this is going to work out the way they expect it to. UX is slowly dying and the reception to this is rather tepid.

I really hoped they wouldn't but they did anyway
A

Oracle Spockanort said:
hahahahahhahahahahaahah paying UX players already have an advantage over Dark Road players because of their medal collection THANKS I HATE IT

The only way they can make me visit Agrabah again is if Eraqus, Xehanort, or any one of the other new characters flirts with Cassim the hottest dad ever

God, I hate this. I really hate this, but I'm too curious to not try it out. I don't think this is going to work out the way they expect it to. UX is slowly dying and the reception to this is rather tepid.
Click to expand...

If I'm being honest, I would rather take another Coded over this. I'm at the point where I'd rather have a narratively pointless game that's at least fun to play over another lore-balloon that feels like such an unbearable, years-long slog. I'm more certain now than ever, these mobile games are in fact the WORST thing to ever happen to this series, and I want it to STOP!

So is this an actual story that will be completed in the one download of the game or do I have to wait years with separate updates to get the full story?

Also, is the Agrabah that they visit Data Agrabah from KHUX or the real Agrabah from 50 or so years before KH1?

Also, how are embless heartless there if Ansem creates them 50 or so years from when the game takes place?