Amazon.co.jp has revealed the special PS3 theme that Japanese fans will be receiving when Kingdom Hearts -HD 2.5 ReMIX- launches on October 2nd. It is currently unknown whether this exact theme will be releasing on December 2nd alongside the English release. 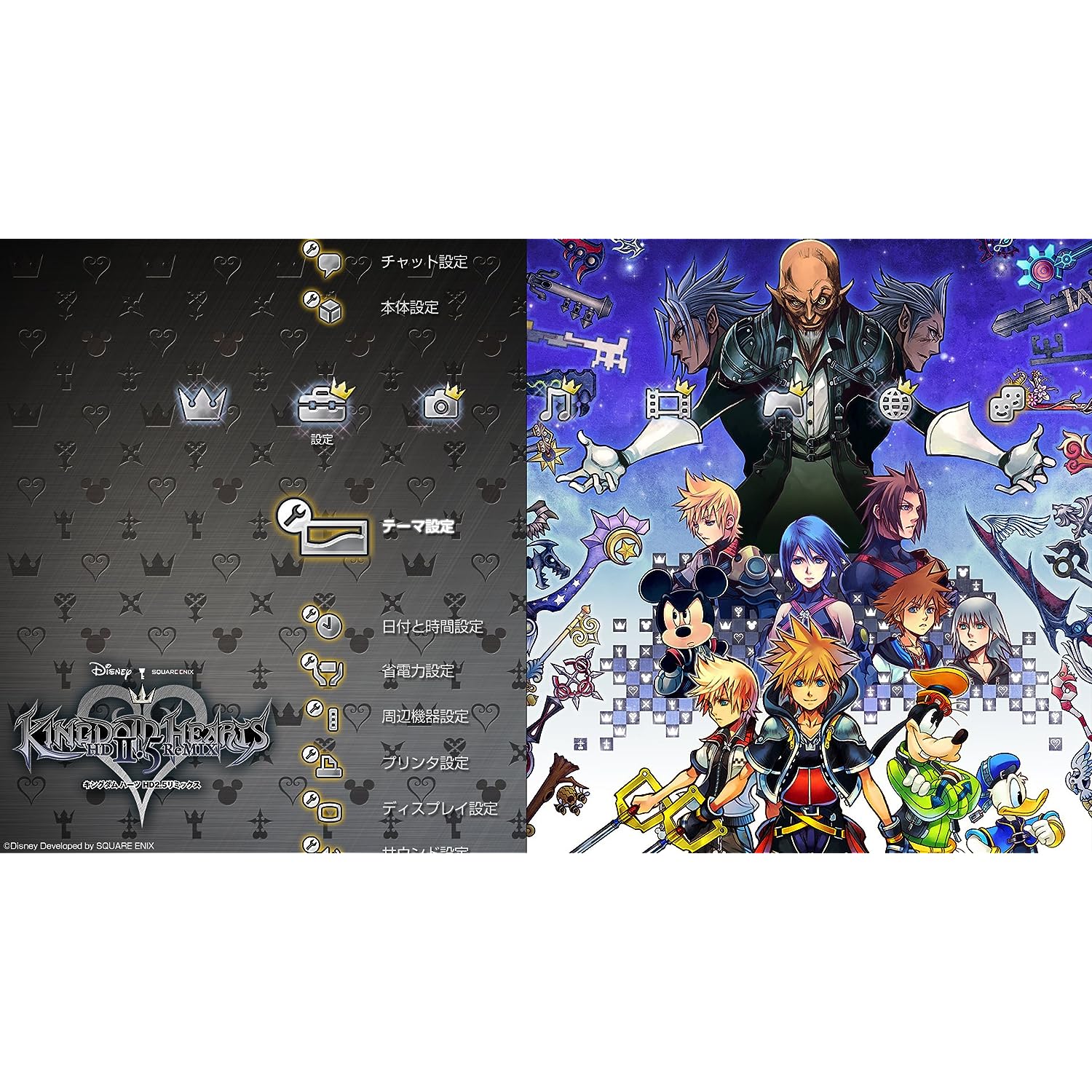 Thanks goes to _bKvEBVAvUq for bringing this to our attention!

It's nice, but I'd probably use the BBS or Re:coded one that comes from completing the game.

japan getting all this cool stuff, what is america getting? a pin, a simple PIN!

There's still a lot of time for them to reveal more than a pin. If you want to make your voice heard, tweet @kingdomhearts or @SQEX_Members_NA, post on the Kingdom Hearts facebook page or try commenting here.

I like the look of the icons for this theme. I would probably use the theme then make a customized wallpaper. I wasn't too pleased with the in-game themes that were unlockable. They would have been better if they had the KH menu sound effects as part of the theme like a fan-made one I currently use.

It would be nice for other regions to get the theme, but knowing Enix it will not happen unless you buy it from their online store maybe.

About as much as what I expected, for better or worse.


doortolight said:
japan getting all this cool stuff, what is america getting? a pin, a simple PIN!
Click to expand...

This pin is extremely valuable to Disney Pin traders lol

Kinda lazy in my opinion, although I probably set my expectations a little too high after the nice theme we got for 1.5 in the Americas. Hoping this stays in Japan...

Isn't this just a companion to the 1.5 ReMIX 7 Eleven PS3 theme?

Luckily, someone can just upload the theme for us to use if we don't get it, and it's perfectly legal!

Chaser said:
It's nice, but I'd probably use the BBS or Re:coded one that comes from completing the game.
Click to expand...

Same with me, I don't really like the background on this one, but the icons look very nice. I really want to see what the BBS one will look like, right now I'm using the KH1.5 theme of KH1FM.


FangirlfromHell said:
They would have been better if they had the KH menu sound effects as part of the theme like a fan-made one I currently use.
Click to expand...

Wait, what!? Where can I get this theme with sound effects you speak of? :O

I feel like the difference between the editions/bonuses in Japan are exaggerated. I mean the only thing I feel we're really being left out is just the Visual Art Collection and perhaps the Limit Form Play Arts and the rest is just fluff packaging or different selections of the same packaging but certain items left out. We can do without the soundtrack since it only includes very few select tracks.

It's simple but not bad. I like all the crowns.

Location
I wish was Destiny Islands

Cool! I will definitely be using this!
Now that there has been a more HD picture of the new cover, I am starting to like it more. Even Master Xehanort's picture is beginning to grow on me! Lol
I just went into to Gamestop today, and just when I was about to leave, the demo screen for the PS4 games suddenly showed the E3 KH III trailer! I was so excited to see that it was already being showed off in a USA store, considering it is still in its beginning stages.
I ended up watching it at least three more times after it played. So awesome! I can't wait to see how the game's final stages will look like!

I would rather use the BBS theme that we'll probably get for beating the game. This just looks kind of plain jane. No offense to anyone named Jane.

Shoot, I would pay money for this theme! I hope it gets released Stateside as well. I need a better theme for my PS3 as it is.

This is awesome! Hopefully there are more within the game after beating each one, like 1.5.

empuentes28 said:
This is awesome! Hopefully there are more within the game after beating each one, like 1.5.
Click to expand...

There are. I think it was one of the first things they confirmed.

Beat a game (or watch Re:coded) on any difficulty and you unlock a theme for that game.