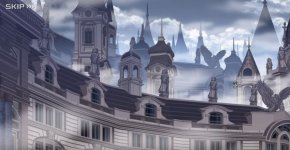 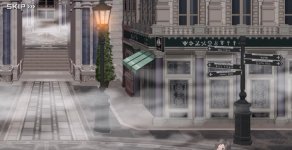 It's either a reach or another part of the ol' 5D chess.

Kingdom Hearts III ReMind recreated Versus XIII, this is not at all a reach.

Added goldpanner's translations to the OP! Gotta ask y'all to wait until tonight for videos

KeybladeLordSora said:
Someone on tumblr made this comparison.

This part of Scala ad Caelum looks more Victorian to me, versus was far more modern, especially the buildings. 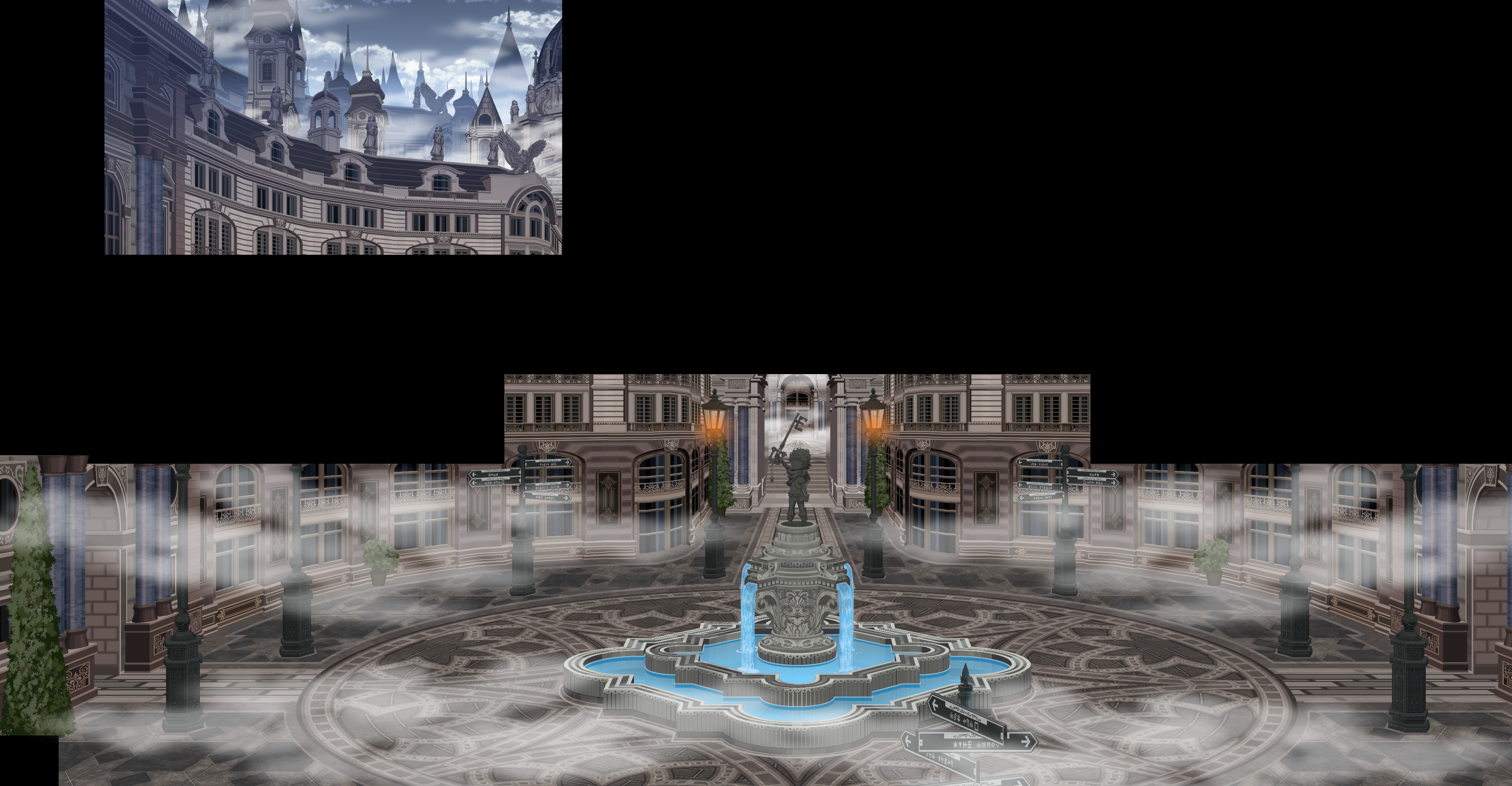 Sign said:
Added goldpanner's translations to the OP! Gotta ask y'all to wait until tonight for videos

I'm sure the text alone will already help much to get a better grasp of things.
Many thanks for the quick delivery.


ShardofTruth said:
This part of Scala ad Caelum looks more Victorian to me, versus was far more modern, especially the buildings.

Strangely the scenery also gives me some Akademeia vibes from Final Fantasy Type-0 with the Ephemer statue taking the place of the Vermillion Firebird!?

The form of the fountain also reminds me of the Dream Drop Distance version of Traverse Town.

"Luxu the traitor" Huh?
So finally the whole traitor-issue is put to rest by a single sentence of the MoM if we can assume he's telling the truth and actually expecting Luxu to become a traitor in some form.

If what the MoM tells Luxu in the first video of the finale is passed on by him to Ava when they meet in the original X[chi] I can clearly understand why she would be so devastated afterwards.
Although I do expect Luxu to not tell her everything, just the parts he thinks are necessary to further let things spiral into conflict.
Last edited: May 31, 2021

If that woman isn't Skuld, could she be Verdandi? We already have Skuld and Urd.

With the Foretellers being the vessels for the seven worst darknesses and being named after the seven deadly sins, it connects that Vanitas is/was a physical vessel for one of the other darknesses since his name means vanity, which is also considered a sin.

also i'll be sad if we never get to visit old scala. it's looks fantastic and on UE4/5 it could be really pretty.
nomura you can't just show me something and never give it to me, come on. : (

I'm just pointing out the most interesting things in the translation before I go to sleep:

Sign said:
Master: As for the other six, well. Five will be trapped in the new Union Leaders who will come after we're gone, and one will stay trapped in this world.
Click to expand...

Sign said:
Luxu: It's a cage built to trap the darkness. If it gets swallowed, it's not coming back.
Click to expand...

Contradictory plans between these two. Is it because the plan got derailed and Luxu knows what is going to happen (because he has lived through it as Brain already) or is MoM just talking BS in the first one?


Sign said:
Luxu: You're brilliant in every sense of the word. It'd be a shame for your life to end here.
Click to expand...

This can be interpreter as a threat (as it was in the other, lower quality translation) or as an offer to help... which one is the right way?

The translations really help understand what's going on, though there's still things I don't quite feel I understand especially at the end.

Like is Xehanort's mom Skuld or just someone that looked like her. How were Elrena and Lauriam recompleted and why in those worlds? It seems like Sigurd was resposible for Brains recomplition, so perhaps other Scala citizens were tasked with getting Lauriam and Elrena to those worlds. I'm surprised Brain didn't seem to suffer memory loss, like I was expecting him and the others to.
Also did Luxu body hope into Brain after sending a version of Brain to the future? Or how are we to read that scene in the bad lands?

That said I'm glad we now have a better understanding of the Darknesses. There were 13 of them, the strongest were trapped in the original masters, with Vanitas being a derivative of one of the lesser 6. I do wonder what happened to the Darkess that Luxu was talking to. It also seems Darkness can control people without possessing them. Though the wording they used for the player to abandon their meatbag indicates perhaps Player tricked them into thinking that one of them had possessed them, unless they were just trying to encourage player to become a darkling.

Guess we also have confirmation as to why Xehanort had memories from the Player, but we still don't know why Eraqus did too.

I feel there's a lot more to process here now with the fuller picture, but I think I'll do so tomorrow. Really looking forward to seeing everyone else's takes when I get up in the morning.

LoneFox said:
This can be interpreter as a threat (as it was in the other, lower quality translation) or as an offer to help... which one is the right way?
Click to expand...

I think it’s a mix. I think Luxu is suggesting that him taking Brain’s body would be a favor to help Brain survive the end of the world. That’s how I read it at least.

LoneFox said:
I'm just pointing out the most interesting things in the translation before I go to sleep:


Contradictory plans between these two. Is it because the plan got derailed and Luxu knows what is going to happen (because he has lived through it as Brain already) or is MoM just talking BS in the first one?


This can be interpreter as a threat (as it was in the other, lower quality translation) or as an offer to help... which one is the right way?
Click to expand...

In the KH 3 reports Luxu does point out that a "virus" derailed the original plan and I do recall that the original instructions for the new Union Leaders were to split the Dandelions again into the five Unions which if I remember correctly they didn't do with Lauriam pointing out there being no time table given so they could easily postphone the re-installation of the Unions.

Four of the "lesser" Darknesses seem to be trapped now thanks to Player fooling them while another is trapped/sealed inside Ventus if the previous updates are to be believed.
That leaves however one "lesser" Darkness unaccounted for as well as the status of that one.
I do theorize that this Darkness is the one that helped Maleficent and eventually faced off with and battled Luxu during the first part of the finale.

As for where it ended up...Luxu still strolling around tells us that he either "won" the clash with that Darkness or managed at least to either incapacitate it or forced it to flee.
In the first scenario it would be possible that Luxu either sealed that Darkness also within himself in addition to the "greater" Darkness he already has thanks to the MoM or maybe he sealed it away in No Name itself or somewhere in a part of the world that will later become part of Scala ad Caelum?

As for Luxu's last statement to Brain that can indeed be read either way and since we have no voice over to distinguish tone it isn't easy to pinpoint if it is a threat or genuine praise and an offer of help.
If it is the latter however, Luxu would be clearly going against his role and task...possibly why the MoM called him "Luxu the traitor" beforehand.
Z

I almost wonder if Luxu either loses/openly accepts his heart to Darkness/ it posesses him (he behaves different while talking to brain). He's still somwehat himself, and even is willing to play along as he role of Luxu to make the MoM think he's still in control? I dunno, maybe not.

Because normal Luxu would have no reason to take his body yet... unless by possessing Brain, he's actually helping Brain by letting him escape via taking his body... since Luxu could escape on his own, but since Brain couldn't, by ejecting his heart he was actually able to somehow save him? Hmm...
K

what I keep thinking is that if Luxu had taken Brain's body, when he says 'MMHBMGK' in badlands (which is the cutscene we've seen in BC) it wouldn’t be the same voice as throughout back cover :/ and we know his voice has changed at least once with Xigbar.

We don't even know if that's her biological mother or just a maternal guardian. We could very well have a Final Fantasy VIII homage where the kids come from an orphanage.

I think the woman could be his biological mother. Her eye color looks similar to Xehanort's before they turned gold to me. That could hint at a family connection

Plus actual blood relationships are a thing in regards to Chi and Dark Road
Last edited: Jun 1, 2021
R

The_Echo said:
That scene is a continuation of the final scene from Back Cover, so it's before the events of χ[chi].
Which means that's Luxu's original face.
Click to expand...

A heart can travel through time as long as a vessel is waiting, right? Does that mean

Spoiler Show
Luxu possibly taught Brain to send his heart into the future where a suitable vessel awaits (how Brain ends up in Scala) while Luxu took over Brain's empty body in Daybreak Town?

That woman cant be Skuld she dont have the same eye color. P

kristi-swat said:
what I keep thinking is that if Luxu had taken Brain's body, when he says 'MMHBMGK' in badlands (which is the cutscene we've seen in BC) it wouldn’t be the same voice as throughout back cover :/ and we know his voice has changed at least once with Xigbar.
Click to expand...