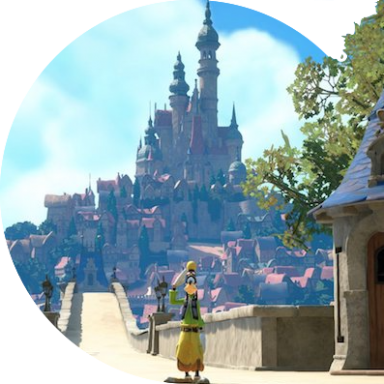 KHRULER said:
"Don't ruin my morning..."
I wasn't initially expecting to look forward to the movie but now I am lol
Click to expand...

Hahaha yea I love that.

But yea she oozes jealousy problems and protectives of something that she feels is her own or is too connected/attached to. I really hope they don't make the opposing side too obviously evil; don't make it easy pls disney (but lets be real it'll probably end with the easy choice of maleficent being in the right overall). In any case, it'll be interesting to see how the movie goes.

Didn’t think I’d like this BUT as half-Turkish guy I was raised watching drama so I am very excited for this family drama. I like the themes. And I think many parents can get where Maleficent is coming from when she exploded when the Queen said that Aurora is in her family now or sth. 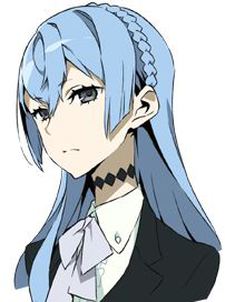 If the family drama is the core of the movie and if the race conflict between humans and fey is just a background noise then I'll be pleased in watching this movie.
Last edited: Jul 10, 2019

Just came back from watching Mistress of Evil, and yup, Maleficent is still the most interesting and weird of Disney's live-action remakes and I'm glad the sequel keeps up with that spirit.

The sequel is solid but the story doesn't quite have the same "wow, where did that come from?!" shocker & flavor from the first movie, that's not to say it lacks interesting new ideas because it brings quite a bunch of them (particularly on the second act where some more cynical eyes would call blantant cinematic universe set up of material), they just don't have same level of gravitas and focus of the first movie. And I think this is probably the most contentious thing about Mistress of Evil, is it good that the movie has many new ideas going for but not quite deeply developed or would it have been better having less stuff but more developed? Where I stand, stumble by over-ambtion generally preferable to success by the books.

There's a large focus on the supporting cast this time around and I think many will likely be satisfied with that, and even when Maleficent is absent for long stretches of time she manages make her screentime impactful and all is thanks to Jolie's delightful performance, she's a bae goth queen.

This one won't convert into believers people that weren't sold with the previous film but most fans of the first will have a good time.

All the constume and set designs are worthy of Oscar nomination.

If they make more of this and have the same spirit I will go and watch them with lot of enthusiasm.

though I wish they did more with it...

Also on that note, Maleficent is now inmortal? Kinda?

Joachim Ronning directed both Dead Men Tell No Tales and Mistress of Evil. If MoE does well enough, Disney may decide to keep him on as director for the planned Pirates 6, of which he was supposedly signed on for before helming MoE. Since DMTNT did decently enough and received a lot of positive fan reception, even from those who didn't really like it/the other Pirates sequels, it may prompt Disney to continue Pirates with where they were going (since Joachim himself said that DMTNT "was only the beginning of the finale", notwithstanding the hanging plot threads from both DMTNT and OST (On Stranger Tides)'s post credits scenes along with other things like the absence of Pintel & Raghetti) and not completely reboot without Johnny Depp, especially after all of the issues with him abusing Amber Heard have been overall resolved, as well as the fact that his performance as Grindelwald was one of the few things that critics and most fans actually liked about Fantastic Beasts and The Crimes of Grindelwald
You must log in or register to reply here.
Share:
Facebook Twitter Reddit Pinterest Tumblr WhatsApp Email Link
Top