MX took Ven out of the Chamber of Waking

So we've seen the new scans and the trailer right.
Well from what we've seen we can see Ven not only has a connection with Vanitas but with MX too
I think that connection is a big one because MX is the one who took Ven out of Chamber of Waking I think that Ven will be pretty clueless also because he looks sorta like that in the pictures above (sorta like Roxas I guess,not really) and after MX takes Ven out of the CoW he leaves him with Master Eraqus but watching over him and sending Vanitas to watch him too
Also there are parts where Ven deosnt know MX but MX clearly know him
and MX also tells Vanitas "So how is Ventus"
Vanitas replies "I'll need to make him stronger"

Well thats really it
Im not good with theories so disagree if you want
Flame. Discuss. 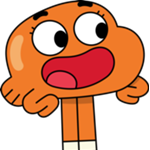 Meh, couldn't it be the other way around? I mean couldn't it be that MX is taking Ven into the Chamber of Waking. I mean MX does say something like "You can't save Aqua and Ven" something along those lines in the trailer. So I would find it far more believable if Ven were being held captive in the chamber of waking as opposed to being taken out of it.
J

Why would MX leave Ven in E's hands if he needed him?
^Also, why would Vanitas "need to train him up"?
S

To me, Ventus looks completely disoriented, like how Kairi was when her heart was stolen, perhaps T. Nomura has been hinting that Ventus lost his heart...
V

Location
THE RELAM OF LIGHT

this is a good theory and it make sense

Jumpcolour said:
Why would MX leave Ven in E's hands if he needed him?
^Also, why would Vanitas "need to train him up"?
Click to expand...

I DONT KNOW IF HE LEAVES VEN OR TAKES HIM 2 THE CHAMBER (IT MAKES MORE SENSE FROM THE INFO WE HAVE THAT HE LEAVES HIM) BUT I THINK VEN IS A REPLICA OF VANITAS OR VICE VERSA. THAT COULD B Y THEY DONT SHOW VANITAS FACE CUZ IT WOULD HAVE AN EFFECT LIKE XION. AND THAT MIGHT BE HOW VANITAS MAKES VEN STRONGER LIKE HOW XION AND ROXAS WERE KIND OF FIGHTING OVER EACHOTHERS STRENGTH. THEY MIGHT B SOMETHING FROM DAYS THAT BBS IS SUPPOSED TO EXPLAINT OR AT LEAST HAVE A CONNECTION WITH. JUST A THOUGHT.
R

Its the Chamber of Waking
B

I JUST NOTICE HOW MANY WORDS I MISSPELLED ON ACCIDENT, SRRY!

Well, you're theory is right but like Marly pointed out it could be the other way around, MX taking Ven to Chambe of Waking seems pore probable as to why MX would do that I cannot say..
D 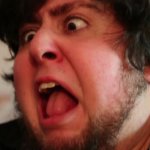 i think its the other way around?
still a good one

who knows? MX has something to do with Ven
he makes Ven try to kill Vanitas.
plus Ven can't seem to remember MX