Politics Need some advice on a political charged project

I’m currently making a YouTube video to dedicate to the Ukrainian people and their efforts to defeat Russia. However, I’m not entirely sure whether an adaptation of Dr Seuss’ the Butter Battle Book would be in proper taste for such a tribute. What do you guys think?

It honestly depends on the overall tone of it. Funnily enough Dr. Seuss himself had his start as a propaganda artist, which was his way of contributing to the battles against the Nazis without actually fighting, here are some examples 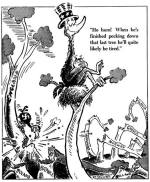 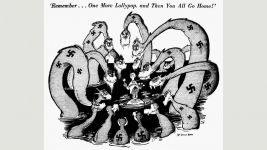 So it's been done before, and that usually is how things were done back in the day. But given the fact that times have changed drastically (these aren't the ONLY pieces of propaganda cartoons Dr. Seuss has done after all, I purposely chose the least racially offensive art I could find) you might want to tread carefully. That book in particular is actually pretty topical as it covers the arms race and the development of weapons of war, so the irony wouldn't be lost on some people.
Though then again, this is a mere biologist on the internet providing advice on propaganda cartoons, which aren't really my specialty. So take what I say with a grain of salt.