Question about the keyblades

Location
The United States of Whatever

im sorry i just dont know the answer to this. why do TAV's keyblades evolve? im not talking about the ones they got from worlds, im talking about their own ones, i dont see why or how they changed.

As in from the very first images to the release date?

Well, it appeared for a long time to be a re-design of their original Keyblades, because the old ones no longer appeared and only the new ones did.

Now that the game's been released, I don't know if the original Keyblades are still in the game, though.

I think you get them right before you head to the Keyblade Graveyard for the final battles. 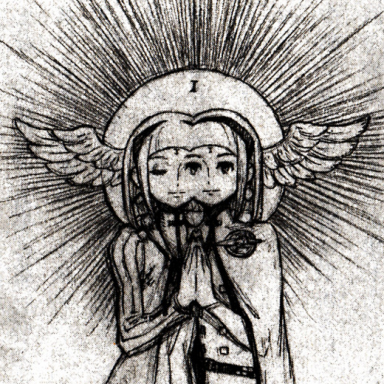 The original Keyblade designs--which do appear as keychains in the game--can be considered the "ultimate stage" of Terra, Aqua, and Ven's Keyblades, as a sign of their skill towards the end of the game. The redesigned Keyblades are the default beginning Keyblades, a sort of "beginning stage" when their skills were still those of apprentices.

I hope that this clarifies things a little bit for you!