Reconnect being the final one?

namoura said in a famitsu interview that the secret movie just ties up the story, and he said they still have a few things they havent explored, things like the kings time in the darkness

The problem is the fact that we do have numbers now, it's annoying to have half-numbers, half-titles.


Side stories have gone on too long, I perfer they end it now.

Most likely this game will have Sora as the main character, much to my dismay I was hoping for Mickey, So it'll be just like main game especially if its on the PS3.
A

If it's on the PS3, it had better be long, challenging, visually amazing, and have so much story that I'll have to play it three times just to understand it all. Otherwise I won't want to go to the trouble of getting a PS3 if I don't already have one.
Z

That's the problem, I hope it's multi-platform. I don't plan on ever buying a ps3, and I'd rather not miss the conclusion of this story.
0

Yeah I know, it just seems like an easy way to get a name rather than have to think of a new one. The next game could be named anything.


That concept trailer "The Gathering" had the words at the end "It all begins with Birth by Sleep", tada! Kingdom Hearts: Birth by Sleep.
C

- This time there will be a secret movie…

Nomura: Don’t just watch the ending, but the secret movie too. I think your impressions of the story will change. Though I can’t say about the last developments, this secret movie is not connected to just the sequel but its content recaps the story.

I hope we continue with Sora and Riku.....
it's time to continue the story where we left it, of course that doesn't mean it's gonna be KH3, might be the mystery game........
Also i hope that the last episode of Coded give us a hint of what to expect next.....

Looks like it'll probably be the last, or second to last one. As it is, there aren't that many Disney movies out there (some which are not that popular), so the series will technically lose the main attraction behind its plot if Nomu goes on making many more KH games.
S

Kingdom Hearts reconnect. is going to be the climax of the series, hence, Days, coded and BbS being made to arrange the climax. III will be the grand-finale, where there's a happy and sad ending for everyone.
C

never mind ive been reading the quote wrong, i guess it does connect to the sequel, but its probably called reconnect because everything is reconnecting to sora, thats why it showed all the people are saying sora in the secret movie, they are connected to sora. but the next game is probably gonna be kh3

SilverJ-17 said:
Honestly, I could see that happening. It'd be nice for the KH series to use an actual name instead of numbers from here on out. Let KH2 be the last actual numbered KH. Yeah, you heard me. Fuck numbers! BBS is KH0, but did they call it that? No.. because Birth By Sleep sounded that much better. Now, the name may change in the future, but honestly, I hope that if Reconnect is actually intended to be KH3 that it means that KH3 will actually have a text name and not a number. Actually, a number + subtitle sounds okay, but I'm ify on that one.
Click to expand...

They didn't call Birth By Sleep KH0, because it does not have Sora has the main protagonist...thats why. 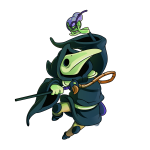 Marx15 said:
They didn't call Birth By Sleep KH0, because it does not have Sora has the main protagonist...thats why.
Click to expand...

True, but Nomura still said "think of Birth By Sleep as KH0" and it makes sense. Even if Sora isn't the main protagonist of BBS, the fact of the matter is that BBS sets up the events for the rest of the series (what's out already) and beyond (KH3). The majority of the main plot points tie-in to BBS.

SilverJ-17 said:
True, but Nomura still said "think of Birth By Sleep as KH0" and it makes sense. Even if Sora isn't the main protagonist of BBS, the fact of the matter is that BBS sets up the events for the rest of the series (what's out already) and beyond (KH3). The majority of the main plot points tie-in to BBS.
Click to expand...

i know that...I was just saying the reason why it wasnt called KH0...lol

BbS is a main game....not a side game...which is another reason why it is to be thought of KH0

Marx15 said:
i know that...I was just saying the reason why it wasnt called KH0...lol

BbS is a main game....not a side game...which is another reason why it is to be thought of KH0
Click to expand...

Because "Birth by Sleep" sounds better, and "Zero" doesn't. Besides I think all of them are main games, except for Days. That game really isn't necessary. CoM really helps understand a lot about whats going on in KH2, and i think a lot of coded's plot is in the king's letter, and the fact that coded and BBS are deeply linked.
T

Its not the last. There is also the Another Dive game or whatever its called, that will explain Riku and Mickeys story, and the true KH3, and im sure they will come up with some side games. They have to milk this game like no game has ever been milked before!

I still think that Another Dive is the only side game left before KH3 (Reconnect). I feel that Reconnect is the theme of KH3 and I hope they might name it that or something besides just KH3. Personally, I'd like Another Dive to cover not just Mickey's time in the Dark Realm, but Aqua's as well. Riku's time could just be a little extra.. and would cover the times we see and don't see him in Days/ KH2. If it's true and also is going to be on the PS3/ 360, then I'm certain the game could be not only more worlds than BBS, but bigger and more expansive ones as well. Honestly, I can careless for more people walking around (even if it feels odd to see so little people, even in KH1). I want the worlds to keep being less linear and more expansive.

Speaking of which, I wonder.. do you think it's possible that time in the dark realm not only moves slower in terms of aging, but time in the light realm moves faster in general? (i.e. every minute in the Dark Realm = 10 minutes in the Light Realm) In other words, for Aqua, it might of only been a year or two, though it seems like a long time since she was alone for the most part. Nah, maybe not, but it could make more sense if it had only been a year or two for Aqua, whilst being 12 for the realm of light. This is also confusing though, so I'll stop.
L

RememberRoxas said:
Tell me if i got this right.
MX watched over Ventus, using him to create the X-Blade(what was the point of that? Could it open Kingdom Hearts?)
MX turned into Terrasnort and in turn claimed himself Xehasnort.
Ventus extracted his heart and gave it to Sora
and then Xehsnort was destroyed but his Nobody and Heartless were to so at the end of KH2 Xehasnrt comes back.
And he'll seek out Sora because he feels Ventus inside of him.
Im feeling that this can end the series, with Sora of course being the key that connects all and he will defeat Xehasnort, and free Aqua and Ansem from their torment(hey maybe thats the premise of coded, you never know.)
But of Tetsu makes another game, I just wish it doen't confuse us even more deeply.
So do you think reconnect is the final game?
Click to expand...

Since when did Xehanort return at the end of KH2?
L

The next KH game will be a sequel to KH2 and Coded and it will likely set the stage for KH3. Think of CoM. This next game will be something like that and then the series (or at least Sora's story) will come to an end with KH3. So we got a good 7+ yrs left before the finale. Versus 13 will likely come out late this yr or sometimes next yr. So that will leave the next KH game to be the main focus. I don't expect KH3 to be out this gen.