figured i might as well, since there might be people on khi who would find the tokusatsu action relevant to their interests 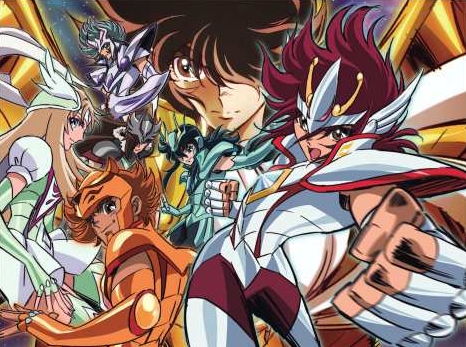 so, a little bit of history first: saint seiya was originally published in the 1980's as a shonen manga about young men wearing armors based on constellations to protect the goddess athena and the world from evil forces. it ran in shonen jump for a few years, and despite not having a particularly strong narrative and characterization, had a decent amount of success due to having an admiteddly cool premise and giving the kind of emotional fulfilment that pubescent boys were looking for at the time. the show has actually had a lot of influence on the shonen genre that a lot of people don't acknowledge (tite kubo was inspired by the fight scenes in saint seiya when writing bleach, for instance), and it sort of paved the way for similar shows like shurato. since the original anime aired, various spin-offs (saint seiya lost canvas, saint seiya episode g), specials, and movies have aired. this is the most recent project, which is being done with little to no involvement from masami kurumada, the creator of the franchise (which is honestly not that bad because while kurumada is a really hard-working artist and a really nice guy, he is frankly subpar as an illustrator and storyteller).

as far as the show goes, there is not a lot of depth or substance to be found here, but what we DO get is a lot of hilarious and entertaining tokusatsu action. this is pretty much what anyone expects from a tokusatsu show, they just watch it for kicks and retro action, which this show has in spades.

if you have a tokusatsu craving, or are interested in seeing a project of one of the most famous shonen stories of all time, i'd check it out. just don't expect it to be the next monster or anything.

so the third episode was pretty fun

enjoyed it quite a bit more than the other two

i still need to catch up

I swore to myself I'd watch but I've been holding it off. I guess I'll wait until next week to watch the first few episodes.

Is this canon? since Next Dimension is still going on but its solely a manga

El Coquí said:
Is this canon? since Next Dimension is still going on but its solely a manga
Click to expand...


kurumada isn't involved, so i would say no.

so kouga is pretty retarded

omega u maek no sense

None the less im interested into seeing this since Sait Seiya is still one of my favorite mangas. Tryin to find the mangas though is hard for me =\

as long as his stupidity lets me see more saint battles, i'm cool with it :3

the clothes do look too fine and curved. I liked seeing the details and stuff on them
R

precure is extremely manly thank u very much

edit: i think its a bad idea to go into any anime comparing it to monster especially if its a show for children

^ sexiness. ofcourse it doesnt show everyone but guess where I got my sigs from =].

My constant posting in one thread about something I seriously enjoy not with standing............does anyone still watch?