Location
The Dark Recesses of Spacetime

Are there one or two demos? What are the scenarios?

yo peeps, there a vid yet, i dont really wanna search through 27 pages

Stupid Europe and its timezones conflicting with anything cool... 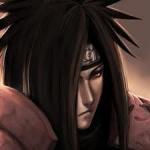 
nubstyle said:
yo peeps, there a vid yet, i dont really wanna search through 27 pages
Click to expand...


Nope, Not yet. But with the news coming in as fast as it is I would expect one tonight!


Mr Yippie said:
Are there one or two demos? What are the scenarios?
Click to expand...


We've only heard about the Sora demo in Country of the Muskateers so far.


nubstyle said:
yo peeps, there a vid yet, i dont really wanna search through 27 pages
Click to expand...

The One, The Only, Jumpman!


Mr Yippie said:
Are there one or two demos? What are the scenarios?
Click to expand...

One's been confirmed The Three Musketeers for Riku, but the other's still unknown...


I didn't know sweden and germany where in the same time zone
well godnight then, I'm going to sleep now. or try at least


snow_flake40 said:
Stupid Europe and its timezones conflicting with anything cool...
Click to expand...

Yeah, sometimes one wishes Europe and Japan would be neighbours...*ggg*

EDIT:
@Vanitas666:
Could very possibly be.
MET (Middle European Time).
I know Finland is a hour ahead of us and UK is one behind.

Thank you for everything Sham! =D

Yeah, you all have a good point. It's just weird to me that she hasn't been in a trailer for this yet, when we all know she's in it. Maybe she is the shocking part. Who knows.

I just get irritated by how she's portrayed in the games. She could have been cool, but since she's in the games less and less, she's become a rather flat character. It's sad. Especially since she used to be one of my favorites.

Oh well. Just as long as she's not left behind all the time, I guess it's okay. Especially since the first saga's almost over.

But you're all right. I want some surprises left. Hopefully there's a good one for Kai.

SQEX☆GAL @sqexgal
In Riku's demo at 3 Musketeers, he sees Pete at the opera house, his level starts after being abandoned too. #kh3d

Many thanks to Sham, Aibo, SQEX_gal, and ArikaMiz for the news~ <3 You all rock!

Location
In the computer

And here I was just about to commission someone to make a WonderNyan plush. I need this official plush because of reason!
And I need KH:3D in my life. I'm having a spazz-attack about Vanitas, Xion, a young Xemnas, and Axel/Lea.

This is amazing. At first I thought it couldn't get more random than TTM, but now tron: legacy? So awesome
We just have no idea what to expect anymore lol

SQEX☆GAL @sqexgal
Riku drops down to the stage of the theater, where Pete and mickey and co are practicing something. Meanwhile, Riku chases the 3 baddies

Anyone else going to surf Youtube for some low quality fan recordings of the trailer playing at Jump? =DDDDDDDD When Duodecim trailers were first released *forgets which event* they were up on youtube same day if I remember right.