The Chamber of Repose

SuperSaiyanSora said:
Well, the design of the world looks a lot like Scala ad Caelum, only much smaller. And we know Eraqus is a Blueblood. Maybe there's knowledge in the Land of Departure that needs to be safely guarded. Maybe to prevent the world from falling to whatever kind of fate Scala ad Caelum fell to, because we only get to that world via Xehanort.
Click to expand...

True. Maybe that library that the Young Ones were in Scala was preserved via LoD? There is still a lot that can be done with that world. 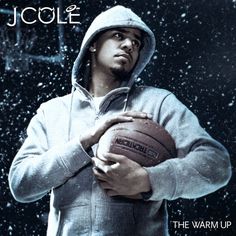 Ballad of Caius said:
True. Maybe that library that the Young Ones were in Scala was preserved via LoD? There is still a lot that can be done with that world.
Click to expand...

It's quite possible. We never really did explore the full extent of Land of Departure, but I'm certain there'd be a library there. It seems like it would be mandatory in a place like that. Eraqus would no doubt be privy to some of the information passed down since it would be in his lineage, or at the very least, should have access to it. Maybe it even explains why he had so much hatred for darkness, it could be due to what he learned or what he was told.

In fact, now that we know Ven was from Union X times, and Xehanort apparently ALSO knew this... Maybe Eraqus knew this too via Xehanort or somehow figured it out himself. That could explain why Eraqus wanted to kill Ven in such a hasty fashion the way he did beyond the whole "prevent another War and X-Blade from forging" -- maybe there's something he knew that made him come to that conclusion, because he was acting WAY too irrationally for somebody who in the beginning of BBS was warning Terra to keep a level head.

Although it works fine on just that alone... I imagine Eraqus, being a Blueblood, and having somebody from the Age of Fairytales just show up on his doorstep with amnesia, being brought in by his old childhood friend who's had previous issues of a dangerous curiosity with darkness, probably has numerous alarms going off in his head once he put it all together. Like that screams danger. If he knew and had this train of thought, then it's no wonder he resorted to trying to kill Ven. Even if he didn't know, there's still the whole "light is right" thing, and he probably didn't just wake up one day and think that. That ideology was probably passed on via family line and his Master.

I imagine we will continue to see more of the Young Ones during whatever games come before KH4. Same goes for Ventus, seeing as how he's from the KHUx era, and Aqua, seeing as how she is Master Eraqus', a Blueblood, chosen Master.
You must log in or register to reply here.
Share:
Facebook Twitter Reddit Pinterest Tumblr WhatsApp Email Share Link
Top