All will be revealed in due time... XD

There is always a cult at some point! Look at stories filled with them as the bad guys. This feels like one. A vampire cult!!

Eternal Dream said:
All will be revealed in due time... XD
Click to expand...

Okay, how about a post of cuteness and contemplation to help out with the WTF factor of my last one? If so, I hope you enjoy! 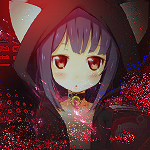 Just wanted to post this one, she's a minor character and I don't think she'll get too many POV posts. She's kind of one of Will's biggest support systems right now.

Personality: Quiet, observant and soft-spoken, Kelly tends to analysis her situation carefully. It is only after she has a good feel for the situation that she’ll say something, much like Will. She keeps a tight control of her emotions, rarely outwardly reacting, she also has a habit of apologizing a lot. She does have a kind heart, and she tries to help those that need it. She doesn’t have a desire to join the military, she’ll be the first to admit she’s a lover and not a fighter. She has a strong sense of duty though, willing to put her own desires on hold if it conflicts with a task. She can be nervous, especially when it comes to speaking to strangers and in public, but it’s something she tries to hide. A gentle soul, Kelly will do whatever she can to please those around her, even if she has to sacrifice her own happiness. Compared to Will though, she understands humor a little better. She is also very empathetic to the needs of those around her, although she's not an empath.

Appearance: 5’4” and a slim, delicate build; she’s the shortest of the Paragon family. She has grey eyes, dark lashes and short dark black hair that goes to the nape of her neck. She’s uncharacteristically pale, even though she loves the sun, her skin is as pale as fresh snow. She wears a black halter top, the top exposes her mid-drift and her black leggings rests on her hips. She wears a black cloth belt that has dark navy accents. She wears black combat boots that are slightly scuffed up from recent use. Bio: Kelly was originally from Russia, in a cold isolated little city. She had tests run on her since she was an orphan, something she couldn’t quite understand. At the age of five, Bradley adopted her during one of his tours. She was quickly taught the ways of her new family, she learned that to be praised she had to be the best. She comforted Will during some of his hard times, and she confided in him with things that would get her disciplined by Bradley.

She has started college courses, strictly online because of the unpredictability of being able to stay in one spot. She has is also probably the only one in her family that suspects that the situation between Adam and her brother isn’t what it entirely seems. She doesn’t dare speak up though, it’d be too risky of earning Bradley’s rage. Although, she kind of wants to find out what is going on.

Other: She’s from the same story as the other characters of Dream and mine. She also plays host to a goddess, but it doesn’t matter for her in this one. Although despite being a Paragon, Kelly despises fighting, even so she's got quite a bit of skill in combat.

Weapon: Kelly doesn’t have a warrior’s heart, even so she’s trained in multiple forms of combat. Her preferred methods are a pole arm, a long sword and a revolver. Again, she prefers not to fight; but when she has to she prefers to finish it as fast as I can.

Theme Song: What I Cannot Change by LeAnn Rimes

Hidden Theme: Here’s to Us by Halestorm

So let's give 'em hell
Wish everybody well

Battle Theme: Rose of May by Erutan

What lives must I take
For fealty's sake?
How much blood must stain
This warrior's blade?

War leaves its trail
in moonlight so pale
Its shadows they flow
In rivers, in rivers
So put on my mask
I'll go where they ask
So I might once again see the
Roses of May

Staining my soul and stinging my eyes
The red on my hands
Won't wash away, wash away
No where to run from what I have done
I'm no longer, no longer
A rose of May

When you look at me
What do you see?
This costume I weave
Disfiguring me

War leaves its trail
in moonlight so pale
Its shadows they flow
In rivers, in rivers
So put on my mask
I'll go where they ask
So I might once again see the
Roses of May

Staining my soul and stinging my eyes
The red on my hands
Won't wash away, wash away
No where to run from what I have done
I'm no longer, no longer
A rose of May

Storm clouds are creeping closer
Danger is drawing near
Why Am I not protecting all that
I once held dear?
And you said
"Break free from that holds you
Kings hand and maiden's tear
Run now into my arms
Together we'll conquer our fears."

*sigh* I'm trying to get a post up, but you guys are dishing it out faster than I do!

Roxie1563 said:
*sigh* I'm trying to get a post up, but you guys are dishing it out faster than I do!

Made a post! I had time to think ahead a few posts for my guys and while it is a work in progress, I'm pleased with this one. So, unless anyone objects, we're close to having some sort of a mini-boss fight for each of our characters.

Something to look forward to. xD 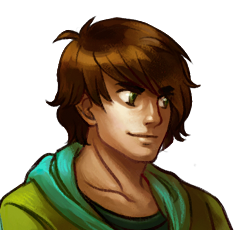 I forgot what my old custom title was. Whoops!

I'll try and have my post up soon. Work's been booking me a lot of hours these past few weeks which is good (money!) and bad (wtf is free time) but there should be a lull in the shifts that I can squeeze some writing into.

Big mood to that, CD. I’m gonna try to get a post of my own done soon, but I just got slammed with a load of problems that might get in the way of that. Still, writing would be a nice distraction atm...

Sorry about that, you guys! But don't worry; Just relax and have fun is main thing to do.

Not sure how well that went, but meh, who cares. Post is up!

Eternal Dream said:
Not sure how well that went, but meh, who cares. Post is up!
Click to expand...

It was a great post, Dream! Honestly, Diana reminds me of Crystal Donn; one of CD's characters from many stories and roleplays and I can feel what she feels just from reading it.