Stop with the double and triple posting, please. If anyone spams again, the thread will be closed. 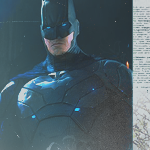 Donald flew in to the air and landed on on Sora

Location
glued to a monitor

Sora flew into Riku who was gasping for air.

"SOMEONE GET ME MY INHALER!"

Sora looks down to see a book. On the cover it read, "Don't Panic!"

He picks it up. Suddenly the world melted around them, a loud beep was heard and a giant rubber duck flew by them. Sora asks the book what has happened, but before it could respond, they were in space. The book picked a random topic that just happened to be Space.

"If you hyper-ventalate in space, you have thirty seconds to be picked up by a passing ship or else you will explode."

Twenty-nine seconds later a passing ship picked them up.

Gasping for air Sora and co. passed out.

They felt as though they were nothing, they could smell nothing, hear nothing, feel nothing, see nothing,taste nothing. The world was black as they slept.
R

The Hitchhikers Guide to the Galaxy had once again saved some poor fools in the vacuum of space.

Location
glued to a monitor

Great. Never even saw this one.