What happened to Roxas?

Location
In the realm of Darkness 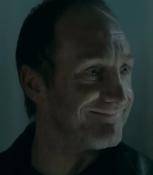 He joined Sora. I'm not going to explain in detail, but when Roxas found Sora in the pod, he joined Sora and Sora was able to wake up.
T

Location
In the realm of Darkness

but wouldn't he have just joined the virtual sora, instead of the real one?
D

vitural sora is that a new pokemon?
T

The one and only Jayx

I could be wrong but, I don't think there was a virtual Sora....

No, there was no virtual Sora. He joined the real Sora, and stayed there the entire game.
T

The one and only Jayx

there was a virutal sora. when roxas "opened" the pod, he wasn't really there. everything roxas did was a copy of the real thing. thats why you see sora's pod open twice. but i have the same question, what happened to roxas as soon as he opened the false pod? this is why i dont really like the game, it leaves too many stuff out.
Z

he stayed with sora throughout the game and came out to see namine` again at the end.
R

did you play the game? if you people just listen to the words you get the answer to almost all your questions! so

Spoiler Show
when you listen to riku and Diz (ansems) conversation in the begining of the game riku says what will happen to him (roxas) after this, Diz- he will have to give him his power back. or something to the extent then later Diz says again- He (roxas) is half of him (sora)


also there is no virtual sora because was there a virtual Axle? no it was him but the way it was the real Axle and Sora was when the fake world stopped and paused so Diz most likely paused the fake world and the real sora was there so at least that what i got from it
H

In the beginning Riku catches the real Roxas and puts him in a machine that that take shim into the fake Twilight Town.The Axel that appeared in that Twilight Town was the real Axel(there is no virtual one), because the fake Twilight Town is connected to the world that never was.Later on, Roxas finds Sora in the fake Town.Then they merge and this merge affects the real Roxas who was caught by Riku and put in that machine.Somehow we don't see him after Sora wakes up in the real Twilight Town, because he has already merged with the real Sora.And TwilightMaster, the battle between Roxas and Sora in the WTNW was in Sora's mind.That's why the Organization members addressed to Sora as Roxas.They had already merged.Now is everything cleared up?
T

Location
on the computer stupid!

There wasnt a virtual Sora. Roxas went back to the real World somehow because you'd think Hayner Pence and Olette would have reconized Sora.

If you would take the time to read the
Secret Ansem Reports this would make sence.
In one of the reports it says that DiZ has
to turn Roxas into data and combine
him with Sora. So, when Roxas opened the
virtual sleep pod DiZ must've turned Roxas
into data there.
I

What I think happaned is this: when Roxas woke up on the final day of the tutoral, DiZ had put him back in the real.....wait, forget this, my brains fried at the moment. I'll get this finished when I can. I know the answer, I really do, but my sleep deprived brain won't let me remember. And the peoples with the spoiler boxes....PLEASE EDIT YOUR POST SO YOU DON'T MESS UP THE INTIRE PAGE!!!! THANK-YOU!!!!

Edit: okay, I'm back! Now, as I was saying; I think DiZ put him back in the real Twilight Town on the final part of the tutoral. So that's why no one could see him, because he didn't exist, and I don't think he was making a consciense dffort to be seen. That's another thing that's wierd about the game; why can you see the rest of the Org., but Donald and Goofy can't see Roxas? I think it's because they have to focus to be seen, or use their magic, otherwise they won't be seen. I think Riku was using magic like that at the beginning of the game, because Roxas was the only one that was able to see him.
Last edited: May 20, 2006
A

wow.....i wonder what happened to namine(i havent played the game)

Namine merged Roxas with Sora, because that was the whole point of the 6 days of Twilight town at the beginning. Namine was putting back Sora's memories, and all he needed to be complete was Roxas.

'You're half of what he is.'
Anyone remember that?

Namine used her powers to combine Sora and Roxas, all Roxas needed to do was be in the same place and let her.
S

BlaZinbritt11588 said:
there was a virutal sora. when roxas "opened" the pod, he wasn't really there. everything roxas did was a copy of the real thing. thats why you see sora's pod open twice. but i have the same question, what happened to roxas as soon as he opened the false pod? this is why i dont really like the game, it leaves too many stuff out.
Click to expand...

If you don't like it, then you shouldn't be here. And if you read the report it explains everything. Plus stuff left out means more room for KH3!
K

The one i know is roxas joined sora and namine joined kairi, and the other information just read the report
H

Actually I didn't find much was left out.In the end of KH2 I fully understood the story.There are some mysteries like the past keyblade wielders and Zexion's weapon but there's gotta be something like this to keep us wondering what'll happen next.It's just that some people didn't get the story and think things are left out...They should play KH2 a couple more times.
T

lol i agree, after all, cutscenes and movies are like 1/2 of it......u musta mised ALOT