What if kingdom hearts paired up with Nintendo and cartoon network.

This is what I have for now I am also planning to put it into a fanfiction when I have the chance.

This is what I have for now I am also planning to put it into a fanfiction when I have the chance.
Click to expand...

Neat concepts. We’d see if Warner Bros would be up for that, and whatever company owns Nintendo, or at least adaptations of their games.
B

The Company that own Nintendo would be the Nintendo Co., Ltd in Kyoto, Japan. I was also going to write the concepts of Sora's Visits for visiting thoughts world's

Splatoon is a world.

Kairi gets her own team .

Maybe Sora can choose his own starter and that becomes a summon?

Bugs is the King figure.

Daffy and Porky are your main party members

KH Toonworld - Porky and Daffy (COMMISSION!) by Dachimotsu on DeviantArt

Maybe you get a Lego worlds instead of Winnie the Pooh?

Destiny Islands: Sora wakes up from a mysterious dream to one of his friends Kairi. Sora explains to her the dream and how it seemed so real but she doesn't believe him. Then Riku arrives explaing about building the raft and how his friends are really lazy. They then are off to have a race later that day sora explains about after building the raft how far it could take them and riku confirms by saying he isn't sure but if it doesn't work out they'll think of something. Kairi then asks if he could travel to another world where would he go. He explains he wouldn't really know and that if there were any other worlds out their why they ended up on destiny islands as it is a smaller island with nothing really to do at times but the same type of stuff. Riku explains that we should take a chance cause their might be bigger and better things out there. Sora the next day is carving drawings like when he was a kid with his friend Kairi. The drawing shows a drawing of Sora and Kairi smiling at each other. Suddenly a mysterious figure is standing their when Sora stands up and sees him. He explains how he has come to the key hole to this world as it has been connected tied to the darkness. He also shares how this world will suddenly disappeared. Sora says how he is from another world and the mysterious figure explains how he knows so little then sora explains how he is going to out their and learned what is their. The Mysterious Figure explains how it is a meaningless effort and that one who know nothing can understand nothing as he suddenly dissappears with sora distraught with what just happened.Sora and Kairi are then seen sitting on the beach and they are having a brief conversation with Kairi explaing how how she was nervous but now is ready as she explains that no matter where she goes she knows she can always come back and she can't wait to set sail and how it's going to be great. That night a mysterious storm comes in while sora is laying on his bed thinking about what Kairi said earlier on the beach. Sora then sees the mysterious storm and thinks about the rafts he goes to the beach when he sees a black hole at the sky and he ponder what it's about. Then suddenly black creatures and a mysterious keyboard shows up on his hand as he wonders where it came from but starts fighting with it once the creatures start attacking him. He then finds riku and he explains how the door has opened and they could go to the outside world and he isn't afraid of the darkness. A black hole absorbs him while sora tries to reach him but to no avail. Suddenly other black creatures shows up and sora use the keyblade that was summoned to him to defeat them. Sora then goes to see Kairi in the cave when he calls out her name.Kairi looks at him in despair and calls out his name when suddenly a door opens and a wind blasts through to her while she is flying. Sora tries to grab her but she suddenly dissappears while the wind wisks him away from the cave. Sora falls to the ground when suddenly he hears a huge earthquake stumbling as he gets up and a huge black monster is standing right in front of him as he prepares for batte. The Monster is then defeated as he is wisked away in the black hole that is obsorbing all of the things of the island. Sora tries to hang on but to no chance as he is now flying away into the black hole. Not knowing to him this is the start to his adventure. This is what I have for starters as it is the same concept of course as in the kingdom hearts game Next one will be Acme Acres Castle Looney Tunes I just added in for the world's Forgot to do so.
B

Splatoon is a world.

Kairi gets her own team .

Maybe Sora can choose his own starter and that becomes a summon?

Bugs is the King figure.

Daffy and Porky are your main party members

KH Toonworld - Porky and Daffy (COMMISSION!) by Dachimotsu on DeviantArt

Maybe you get a Lego worlds instead of Winnie the Pooh?

Legos world would be okay for my next versions of kingdom hearts but I'm sticking with Cartoon Network Worlds in a way and I looked up most kiddy Cartoon for little kids from Cartoon Network and that show pecola would be a best fit as it is related to Winnie the pooh in a sense.

Kingdom Hearts - Interacting with Lyoko by rev-rizeup on DeviantArt

Code Lyoko could be their Tron replacement. It could also be used as the setting of Coded.

@Benoici
The Amazing World of Gumball would also work.
B

Nintendo kinda had a KH of their own with Captain N. Even had similar looking planetoid worlds. 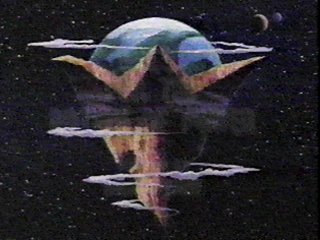 Pity Nintendo doesn't seem to care much for it.

This thread reminded me of Fusion Fall. I actually played it, nearly destroyed my old computer running that game.

Absent said:
This thread reminded me of Fusion Fall.

I actually played it, nearly destroyed my old computer running that game.
Click to expand...

A few fans remade Fusionfall, it's called fusionfall retro, and it's still as solid as ever. I know the feeling, my computer could barely handle it.
Also, no mention of Aku in the league of evil?

MATGSY said:
Nintendo kinda had a KH of their own with Captain N. Even had similar looking planetoid worlds.

Pity Nintendo doesn't seem to care much for it.
Click to expand...

Maybe they could use him as the Mickey figure Sora has to find?

Link could be the Cloud figure. Or you could have multiple versions of link and introduce alternate universes a few games early? .

Instead of Sora and the others, I'd use the cast of the World Ends With You. They were a Nintendo exclusive and a cult classic Square wants to make popular. They are canonical to KH so maybe you can kill two birds with one stone.
Last edited: Yesterday at 5:37 PM
You must log in or register to reply here.
Share:
Facebook Twitter Reddit Pinterest Tumblr WhatsApp Email Share Link