views on the film ? what did you think of the new bonds acting and just the hole style of the movie ?

I didn't like how he acted when he was asked, stuff like''How do you feel playing the new bond'' etc.. He acted like he didnt care if got the role or not..

Everyone says he's a bad bond and he's real agresive and the plot is shBer. BUT, i read the book way ages ago and it is real like gritty and un-bond like. So there

The fight at the start with that parcor guy on the cranes is kick ass!
T

damn right it was and the way he killed him lol ... savage 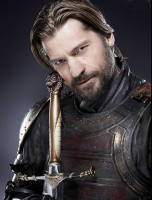 I've seen it, and I loved it. I like how they took Bond back to the ground floor, took away all the gadgets, and let him fend for himself. Yes, the gadgets are cool, but I like Bond better when he deals with problems himself (Read: With his fists). Plus, I like how they humanized him. He wasn't infallible. He wasn't Superman. He was just a man, who just happened to be a wicked good spy.

I've loved Daniel Craig's acting since I saw Layer Cake. The job he did in Casino Royale was no disappointment. As far as I'm concerned, instead of ruining the franchise, he's saved it. Though Pierce Brosnan's films were quite entertaining, they decreased in quality with each release (In my opinion, the only real "good" one was GoldenEye. The rest were rather... Mediocre). Casino Royale is a welcome addition to the Bond legacy. And anyone who wants to bitch about Daniel Craig because he's blonde or shorter than the other Bonds really needs to shut up and go see the movie.
S

KHI's Idiot of the Year

My grandma (yes, my grandma) saw it and she told me it was the greatest James Bond movie ever. I might go see it if I find the right time.

I have a feeling that I'd like the original Casino Royale better.

Personally, I am not a big fan of Bond. Mainly because most of the movies suck. But everytime I see a commercial about Casino Royale something inside me says, this movie has "It." I watched it yesterday.

Well.... I must say that this is the best Bond flick since Goldfinger. And that is saying something because their is not much better than an asian migget that throwes a razor-sharp hat.

Casino Royale just makes Bond believable. It really is hard to believe that a middle-age man can kick ass(especially when played by Roger Moore or Pierce Brosnon), but Daniel Craig did an awesome job. I am also proud to say that the dialogue is just as sharp as the fight scenes in Casino Royale. If you like movies go see Casino Royale.
C

Location
Aboard the Highwind

i enjoyed it. the chase scene in Madagascar was cool and this bond was more believable imo. and even for an older bond, he was still buff and fit. there was also poker, which i love and a lot of action. can't go wrong.
T

the part where he was getting tortured made me laugh. lol

*twilight_riku* said:
the part where he was getting tortured made me laugh. lol
Click to expand...

That was pure gold.

that was pretty funny but when he ordered the martini
guy: Shaken or stirred?
Bond: do i look like i give a damm?
G

9.99/10
The movie was awesome. Not only the best Bond, but the best movie since the original Pirates. It was fantastic. It was the best Bond, and movie set alone. It created a more realistic, grim, to the point Bond, and I enjoyed his character. I like how the new Bond wasn't slow. He was fast-into action and wasted no time. The Bond girl was acceptable, and the movie villain was more realistic then those of the past. It gave Bond a fresh, new feeling.

Ofcourse, there's always a downside. I think the only downside in this movie was the inconsistency. I think it kinda changed Bond a little too much. It's not really a big deal, but I think the theme should've been played, atleast in one fight scene, and that Bond could've had just one scene in his car, kicking ass. Ofcourse, the plot was realistic, but perhaps too realistic for entertainment. The gadgets are what made Bond. The suit is what made Bond. The beginning, walking, turn and shoot part was changed. Q wasn't added. Penny wasn't added. I just think these are the things that make Bond, Bond, and that the movie should've been more consistent, and not kinda taking it's own course, and using freedom.

Though the movie was 2 hrs 25 mins, it sure did keep my attention, and unlike most movies, I didn't want it to end. It didn't drag, there wasn't a single scene where I was bored, or distracted. Even my sister, who hates action films, loved this film, and everyone I know loves this film. It was great and can't wait for the next Bond/this Bond to come to video.

In conclusion, this was the best movie I've seen since... can't think of one. It's currently my fav movie of all time, and brought the love for Bond back into my life.

btw-Peirce Brosnan is still the best Bond, then Connery.
G

btw, does anybody know if Bond is a codename, like 007. Because in the beginning, Craig says "007's have a short life expectancy" is he supposed to be a whole new person than Peirce's char?

.:Game Master:. said:
btw, does anybody know if Bond is a codename, like 007. Because in the beginning, Craig says "007's have a short life expectancy" is he supposed to be a whole new person than Peirce's char?
Click to expand...

You misquated the line. He said "Double-Oh's have a short life expectancy". Yes, it is a code name, of sorts. Whether or not more than one person could ever wear the 007 name or not, I don't know, and i doubt we'll ever find out. However, yes, Daniel Craig's character and Pierce Brosnan's character are the exact same James Bond. Just the same as Sean Connery's character is the same, or Roger Moore's character is the same.
G

And I just found out that the movie is Bond before he gets his status. This book was written in the 50's and they're just now making a movie for it.

I like it, when for examble Super Hero characters are being made realistic like spiderman, Batman Begins and Daredevil...more real persons than just some big immortal muscle guy......
G

Well I've done a little research. I even read the book. This movie is a reboot of the series, modernizing the first Bond book. The movie also adds action to the somewhat boring book. Now that I know the facts, I can appreciate the movie alot more. Though it wasn`t that true to the novel, it was much more interesting. The reason for the lack of gadgets is that this movie takes place when Bond is an assassin. In the next Bond, thanks to Vesper, he will most likely be the ol' Bond we all know, with Q.