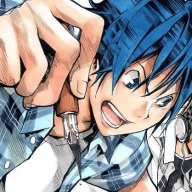 Staff member
Moderator · 29 · From The End of Time