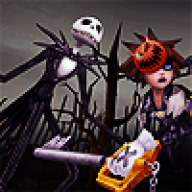 New member · From Hiding inside the surprise Jack-O-Lantern