Since this is all content we've already experienced, I don't think anything would even constitute as a spoiler.
Click to expand...

Exactly! I am always tempted to watch content afte Japan's release but I don't out of fear that something will be spoiled to me during the time period of localization I can come here for infomation and it usually keeps me satisfied. As most of the staff here are quite strict when it come to exposing information. Though I won't indulge in to many video oh 1.5. I want kingdom hearts 1.5 to have that fresh new feeling when I insert it into my console this spring. =). Ahh so hyped!

Probably the only thing that may qualify as a "spoiler" would be the contents of the 2 hours and 50 minutes of Days scenes. I imagine many would prefer the exact scenes to remain a secret so they can be pleasantly surprised while viewing in the comfort of their own home. Or if we can host a 358/2 Days HD streaming party, that too.

For those of you who do not understand seasons in the southern hemosphere, this is the same time as the northern hemisphere's Fall.
So after Japan, nearly every other country gets a simultaneous release
Click to expand...

Sorkairiku said:
The question is: What's going to be in the secret ending?
Click to expand...

Like Taochan said, there is no new secret ending. If you mean what secret ending in reference to Another Side, Another Story and ASAS [deep dive], you will be able to unlock both after fulfilling certain requirements like in the original Japanese Final Mix. 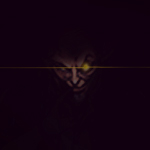 Sign said:
Updated picspam. They are very large, so I'm just going to link them this time.

This looks amazing, I mean, look at the detail! Thanks Sign!

Even though Fall seems like a pretty long time from now, im still happy that this game is coming to NA. This also brings hope and excitement that we will get 2.5 as well, so i can finally play and own the final mixes myself
Looking forward to those Days scenes. Cant wait to see Xion in hd on the big screen

Master Spockanort said:
Hmm, that's work that can be done in like 2-3 months time. They already started recording in January and it only takes at best two weeks to usually get everybody in and out. Two or three days for recording sessions and they can have quite a few sessions with different VAs in a day. Lip-sync is probably the longest part of the deal but could be done within the 2-3 month span.

I'm going to believe it is more about marketing and whatever SE has scheduled in the year.
Click to expand...

That would be called rushing it. If they decided to take longer to make the performances sound better, it'd be understandable since Dubs are trickier anyways, lipsync or not.

Anyway, I think it is about marketing. Depending on when Lightning Returns releases, They wanna distance their two biggest sellers of the year.

That's unacceptable considering that the games are 90% translated and it comes out in Japan in less than a month. Out of all the KH games this one had the best chance for a simultaneous release. Looks like they blew it.

Oh well, it will be worth it when it comes out... 5-8 MONTHS FROM NOW. At least in the meantime I have plenty of things to play. Its just annoying because I finally jumped from SDTV to an HDTV in early January, and got an HDMI cable to go with it. The only problem is that my PS2 games look like utter crap on it.

Also, it sucks that there wont be a Vita version like with the vastly inferior FFX HD.
Click to expand...

As senseless as it sounds, the do want it on one console.

Also, what connection are you using for your PS2? If you get a component cable(RGB), you'll have the best quality that SD resolution can offer, including way better colors.

Way Off Topic, but your HDTV probably doesnt look at its best anyway. I HIGHLY recommend getting a professional calibration or at least devoting a couple hours to adjusting the picture with a DVD/Blu-ray disc like Digital Video Essentials. It really makes a difference, since manufacturers change the picture settings on every model and unit to stand out on the store floor. The unit you got is probably not set up the way it looked at Best Buy.

Anyway, there's only two things I'm worried about being spoiled about, which comes down to one thing: the unrevealed differences. We got the gist of it, but considering the Days scenes and the graphics, you know people will be nitpicking through the game to count literally all the updates and I just wanna find them for myself, should I ever look.

Oh wow I'm late on this announcement! Good to hear that it's making its way here even though there shouldn't have been any doubt in the first place, but a damn fall release...

I might actually get this, though I'd probably wait for a price drop. I'm interested in seeing if the changes to KH1 made it more playable, since it was a really rough game in terms of design. Would be nice to not have a terrible camera.

Wehrmacht said:
I might actually get this, though I'd probably wait for a price drop. I'm interested in seeing if the changes to KH1 made it more playable, since it was a really rough game in terms of design. Would be nice to not have a terrible camera.
Click to expand...

$39.99 too steep? (I'm just wondering because its pretty low already)

I'm just stingy with where my money goes (considering I don't even have a job right now) and I'm not too sure of how much I'd enjoy KH1 in this day and age.

Wehrmacht said:
I'm just stingy with where my money goes (considering I don't even have a job right now) and I'm not too sure of how much I'd enjoy KH1 in this day and age.
Click to expand...

I see where you're coming from. Well, since it'll be fall when it comes out there will probably be at least one or two temp price drops during the holiday season.

Arguably, it is. We're paying $40 for two games we already bought years ago, and can maybe get for cheaper. Sure, when Final Mix is included, it adds some value but the worthwhile changes were not really that much for me to begin with. Updated graphics are the same, and even HD in terms of gameplay can be gotten for free for some people. Days is the biggest incentive, but the average movie is about $20.


But yeah, i'm still getting this day 1!

ajmrowland said:
Arguably, it is. We're paying $40 for two games we already bought years ago, and can maybe get for cheaper. Sure, when Final Mix is included, it adds some value but the worthwhile changes were not really that much for me to begin with. Updated graphics are the same, and even HD in terms of gameplay can be gotten for free for some people. Days is the biggest incentive, but the average movie is about $20.

KH1 and Re:CoM each retail for $19.99. That's $40 already. Then Days the game itself retails for $24.99. Since we're getting almost 3hrs worth of new HD cutscenes rather than gameplay, we can just go ahead and add that in for something around $60. I think $39.99 is a rather reasonable price.

Also considering all HD Remasters are part of SCEA's budget line and always retail at $39.99. I think for what we're getting with the labor that was actually put into these games to be updated and localized, we're definitely getting the better end of the deal as consumers.
Last edited: Feb 26, 2013

They retail for that yes, but most copies will be bought used at this time for less. That's what I'm talking about. And days this time is not a game.

Yes! I'm so looking forward to it. I kind of already want to preorder a copy, but just in case they'd release a special edition I think I'm going to wait.
I'm kind of surprised that the game webshop I usually get my games at put the pries for this HD remake at CHF 79.90 the usual pries for a new game.

I wonder what the EU Blog meant with it'll be available in English, French, German, Italian and Spanish, does this mean they're dubbing KH1FM's new scenes and Re:CoM or are they simply adding subtitles. If they're redubbing that would definitely explain the long wait. Either way I hope I get the option to hear the English dub and also it's a good time for me, seeing that's right before the first of my finals for my apprenticeship start.

This pic is just great! Though I have to wonder why the person chose to use KH2 Kairi but KH1 Sora and Riku.


Taochan said:
By Fall, I hope they mean September so I can get this as a birthday gift!

I'm really excited and while I sympathize with those who are disappointed in the wait, at least it's confirmed that we're finally getting FM and Europe is finally getting Re:CoM!

It'll be Fall before you know it too.
Click to expand...

Same thing here if it's released in September I'll ask for it as a early birthday present.

Time does tend to fly so it's not that long of a wait, I mean we're already 2 month in the new year and it still feels like it just started.

Summer in NA goes until September 23-25th(forgot which) so if anything, it'll be the end of September-November that this gets released.

Of coarse, I had no doubts, but yayyy! 8D