Only thing I am bummed about is the lack of boss fights unless maybe some of them can be synthed and haven't been unlocked yet. The rest doesn't change my enthusiasm and it sounds like I will get a ton of mileage out of this like I do Theatrhythm. Do wish there was more rpg elements like that game though as building characters was a lot of fun.

Also I expect the logic if there is any is that Kairi has access to all the memories of the games because Namine did and those two were connected/shared heart space. Now as why it takes the form of a rhythm game...well they had ice cream making technology based on that so why not memory dive tech.

Hirokey123 said:
Only thing I am bummed about is the lack of boss fights unless maybe some of them can be synthed and haven't been unlocked yet.
Click to expand...

Yeah this is the thing thats bumming me out more. It seems these were the stages that took the most effort since they actually had to make it a fight or whatever.
But from what we've seen on official stuff: in L'impeto Oscuro you're not fighting Young Xehanort, in Enter the Darkness you're not fighting Vanitas and in Vector to the Heavens you're not fighting Xion. And now these will feel like missed opportunities when we have the other boss stages as comparison. Almost feels like they gave up on the idea of boss stages midway through.

Spoiler on bosses, and status of FF characters

The leaker said there is really no presence of FF characters, I guess maybe a Sephiroth cutscene.

Sephiroth is not a boss battle as well.

Also no one button mode to me for story is bad, some people just want the new story stuff. I would imagine make people want to not buy the game if they have to be aware for every song they play.

The game is also 7GB, which is super small for a game like this. I wonder if the new cutscenes are heavily compressed or will be added through a patch. All in all, I would have thought about picking this up if it was less but having no one button mode for story pretty much means I won't pick it up.

I would hold off on basing purchases on reports about the one-button mode thing for awhile until we get a few more confirmations from different people.

I figured the story would be very minimal in this game, so I'm not too surprised to see it's only at the end. To me, this pretty much affirms we'll probably be getting maybe 30 minutes of new story tops. The point about boss fights though is really disappointing. I'd question there only being 3, but the leaker says he's playing and 100%'ing every song he comes across and apparently to unlock OWA, Rage Awakened, and The Other Promise in the world map, you need 280 stars, which he did. If there's really only 3 (or maybe 4 if the final boss gets one), I kinda question what was the point of adding the feature then? You might as well have made those 3-4 songs Field Battle tracks as well. Maybe DLC could add more boss fights?

Arclight Cicada said:
If there's really only 3 (or maybe 4 if the final boss gets one), I kinda question what was the point of adding the feature then? You might as well have made those 3-4 songs Field Battle tracks as well. Maybe DLC could add more boss fights?
Click to expand...

Yeah it doesn't make much sense, if it was the 33 boss battles they were saying in interviews it would make sense to make a separate type of gameplay. But for 3 songs? Out of 140?

Just feels like they decided to stop making those stages after xemnas for whatever reason.

Oracle Spockanort said:
I would hold off on basing purchases on reports about the one-button mode thing for awhile until we get a few more confirmations from different people.
Click to expand...

This. I'm holding out hope the leaker just didn't stumble upon how to activate the styles. It just doesn't make sense not to be able to play the style designed for people who aren't good rhythm but want to go through the KH game. Honestly, I wish Chain of Memories had a one-button mode like option, I'd probably would have liked and finished the game if they had.

Just looking at the released screenshots for selecting songs on the World Tour, I don’t see an indicator to switch to one button or performer. Only thing I can think of is if it is under the Team Menu or a setting from the Main Menu of the game that can’t be changed during the World Tour mode. You can at least change the difficulty though.

Leaker has now reached the end of the KH3 worlds it seems. Time of truth.

Not looking good for playable Kairi unless there's some sort of playable thing after all the worlds.

Oracle Spockanort said:
Sure, but the replayability isn’t the issue here
Click to expand...

I wasn't talking about issues? I was praising the game from what I've seen.

Where can we follow the leaker/where are they posting this stuff?

This.
I want to see the cutscene!

Also he won't show the cutscene or spoil what happens in it, so you'll probably have to wait a bit more for that

All I need to know is whether he is satisfied with what he sees.

Things I don't like...I guess some QoL would have been nice, for example if you are in the finished song screen and you want to retry it changing difficulty and/or items you can't, you have to go back to the world map, select the world again, select the song again and change the settings.
And I was expecting way more story or at least a bit of context of what's even happening

If the leaks are true:

Spoiler Show
Bahahahahaha. AHAHAHAHA this is amazing! I cannot believe people were getting duped into buying this. Also I would love to get $
5 bucks from every nerd that said MoM wasn't a quick asset flip for easy money. The absolute state of you! Oh no no no pffff AHAHAHA

If the leaks are not true:

The fact that the new story happens exclusively after the recap is...
I'm not really sure what to think.
I had assumed it'd have a frame narrative surrounding the rhythm game, but with that out the window, how do they contextualize the rhythm game we've been playing for hours as also being part of the story that just started?

Even though I never once gave it credence, a part of my brain can't help but look back at the "playable Kairi segment" people were theorizing early on.
Especially with that render tease, with a "Kairi" button in the same vein as the other playable characters. I dunno...


Katsagu said:
Well what I think is happening is most boss themes are not boss stages, like wave of darkness isnt a boss stage and Enter the darkness also isn't one (KH japanese twitter uplodaded a bit of it yesterday)
Click to expand...

I meant that they confirmed 33 tracks which are Boss Battle stages. Seems very strange to have only three of them up through a majority of the World Trip.

Sora is the conductor on the disc, not Kairi. LMFAO

Cumguardian69 said:
Sora is the conductor on the disc, not Kairi. LMFAO
Click to expand... 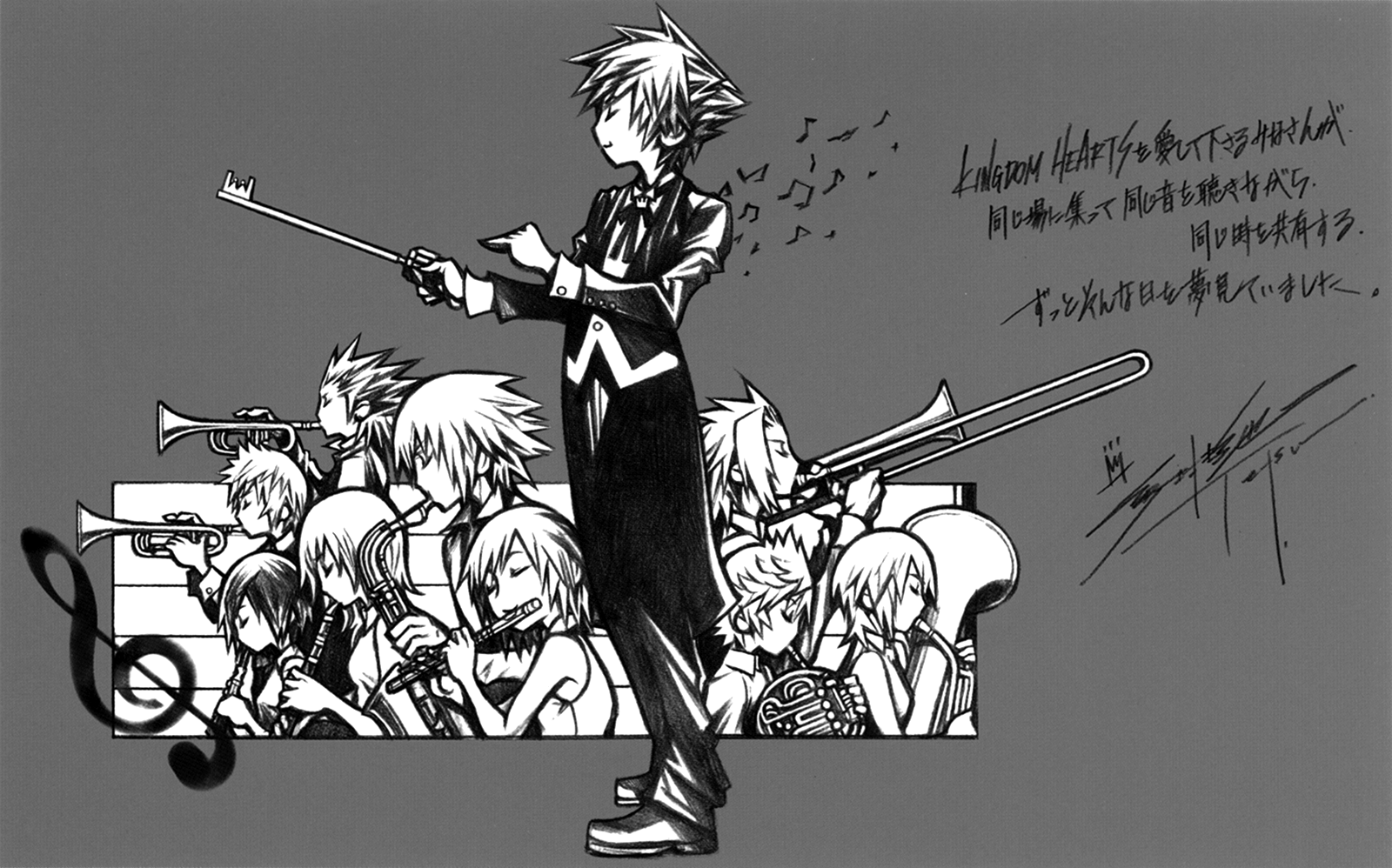 The_Echo said:
I meant that they confirmed 33 tracks which are Boss Battle stages. Seems very strange to have only three of them up through a majority of the World Trip.
Click to expand...

Yeah I went to check on the interview that seemed to confirm that, but they don't specifically say the 33 are boss stages.

"there are also 33 "Dark Holes," which are areas which only contain boss tracks", I guess in here you could have boss stages and boss track on a field stage like the ones I mentioned.