Film ► Pirates of the Caribbean

Summertime, Go Outside And Get Some

Discuss Pirates of the Caribbean here!

oooo really i didnt know! the first one was great...a 2nd one even greater!! dead mans chest hmmm...wonder what thisll be around now. seeing how the first one was about them. haha ok yeah imma check it out for sure! (ig kh3 does come out....will this be a world?)
V

Location
in an acid trip fantasyland

yeah and they're already filming potc 3 kind of pushing their luck their.

Hobo with a shotgun

And they have plenty of luck ^.^
D

*spoiler* the summary on comingsoon.net says:This time around, Johnny returns as Captain Jack Sparrow and is caught in yet another tangled web of supernatural intrigue. It turns out, Captain Jack owes a blood debt to the legendary Davey Jones, ruler of the ocean depths and captain of the ghostly Flying Dutchman. If Jack can't figure a crafty way out of this one, he'll be cursed to an afterlife of eternal servitude and damnation. And as if that weren't enough, Captain Jack's problems throw a huge wrench into the wedding plans of the blissful Will Turner and Elizabeth Swann, who quickly find themselves thrust into Jack's misadventures.
L

Location
I DPNT LIVE ANYWHERE BUT IN MY HOUSE.

i just heard well not realy that they are going release PotC 2 & 3 . All i know is that PotC 2 is called dead man chest and it comeing out july 7, 06 and the 3 movie is comeing onu 07 johnny Depp Orlando Bloom , and that woman whoo played elizabeth (i cant remeber her name) there also said the Bootstrap Bill is alive and you get to meet Jack sparrows dad

buried in my thoughts

I can't wait until the second one. It sounds so interesting, with Bootstrap Bill being alive and all. I'm glad they are filming 2 and 3 at the same time.
H

Location
Somewhere in the land of the living... although I'

Well first, the name of the girl who played Elizabeth is Keira Knightly. That will be awesome if Bootstrap is still alive! It would kind of make sense though, with the curse and all (was he cursed as well before???) 'cause remember they couldn't die while they had that aztec curse or whatever still on them. I would love to see what Jack Sparrows dad is like. See if he's just as crazy as his son! *lol*
K

im dying to see them, even to just see traliers of them would be great!!
C

The original PoTC was fantastic and 2 and 3 sound great, but this Matrix style way of making the sequels (final 2 in trilogy at same time with MAtrix left only 2 half decent films, nothing on the original) sounds a bit disconcerting.

But God I can't wait to see them
D

awesome...bootstrap bill is back!
K 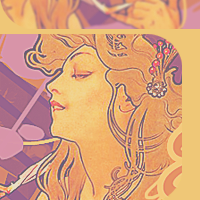 I remember reading a paragraph on some website saying that in one of the sequels Will will meet his father Bootstrap Bill. I think that was PotC 2. I forget what it said about PotC 3. It was such a long time ago I don't remeber the site. I'll look for it though.
I can't wait for them to come out, especially the 2nd one!

EDIT: Okay I found a site. It siad that PotC 2's title is PotC-Dead Man's Chest. It said that Sparrow owed his blood debt, or somethin', to Davey Jones.(that was in my own words btw) The site wouldn't tell me antthing about PotC 3 though. *hits computer*
B

Bearer of the True Rune.

But how could Bootstrap Bill be alive? They tied him to a cannon & sent him into "the crushing black oblivion".But Im so glad that they are making a II & III. I just love POTC.
L

buried in my thoughts

I'm sure we'll get a nice little explanation of why Will's dad is still alive in the next movie.
D


Blue Mage said:
But how could Bootstrap Bill be alive? They tied him to a cannon & sent him into "the crushing black oblivion".But Im so glad that they are making a II & III. I just love POTC.
Click to expand...

I liked PotC at some extent since I saw the movie for the first time this month to see what it would be like for KH2.

So here is something I found one day >_>

Like the first film, it will star Johnny Depp as Captain Jack Sparrow, Orlando Bloom as Will Turner, and Keira Knightley as Elizabeth Swann. Director Gore Verbinski, writers Ted Elliot and Terry Rossio and producer Jerry Bruckheimer have also committed to work on the film.

Filming began on February 28, 2005, and will likely include some location shooting in St. Vincent, where the first film was shot. The filmmakers are shooting the two sequels back-to-back, à la The Matrix Reloaded and The Matrix Revolutions. Because of this, filming is not expected to end until December 2005.

At recent Disney Investor Conference Studio Presentation, new details came out about the two sequels to Pirates of the Caribbean: The Curse of the Black Pearl. The second is headed for a summer 2007 release theatrically, and the first will be called Dead Man's Chest, as it has been rumoured since late last year.

Captain Jack (Depp) owes a blood debt to the legendary Davey Jones, ruler of the ocean depths and captain of the ghostly Flying Dutchman. If Jack can't figure a crafty way out of this one, he'll be cursed to an afterlife of eternal servitude and damnation. Jack's problems merge with the wedding plans of Will Turner and Elizabeth Swann, who are quickly involved with the misadventures of Sparrow
D

Location
OHIO Is For Lovers

Okay guys the full name of the movie is "Pirates of the Caribbean: Dead Man's Chest". Here's the link http://movies.yahoo.com/movie/preview/1808556812 be sure to check out the production photos too!!
Y

didya know that hey already made both and are releasing them in the same year?? (kinda like matrix 2-3)
L

subject to the king