No, I don't expect revolutionary. I expect something that isn't fundamentally pointless to a large group of people. A large portion of that large group who has helped Valve become the company they are today while dealing with Valve's constant disappointment when it comes to actual games.

A Linux based OS, some rebranded hardware and a controller aren't really meeting any expectations I had out of Valve's big announcement and are completely underwhelming because I don't care for them and they probably won't mean much anyways. 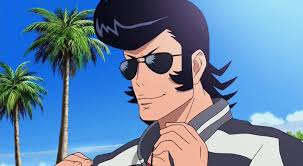 quiteMAD said:
I think it's a good idea because it's turning something complicated and expensive into something that's cheap and easy (so they claim so far)..
Click to expand...

do you think that valve's hardware is going to magically be comparable to the hardware you'd need in a solid gaming rig for a cheaper price? like victor said, this isn't going to break barriers; this is literally just valve building a computer for you. and honestly, if you were willing to do some hunting, you could probably find the same parts they're putting in these steam machines for a cheaper price tit for tat.

this is nothing spectacular. this is valve trying to make easy money off of mediocre machines.


Victor said:
A Linux based OS, some rebranded hardware and a controller aren't really meeting any expectations I had out of Valve's big announcement and are completely underwhelming because I don't care for them and they probably won't mean much anyways.
Click to expand...

These are specs for the prototypes Valve sent out. There's no way this will be very affordable. At all.
T 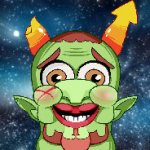 I imagine they'll be subsidized somewhat, like how Amazon does the Kindle. They'll probably expect the people who do go for Steam Machines will wind up spending a pretty penny on Steam itself. Also,

And to be clear, this design is not meant to serve the needs of all of the tens of millions of Steam users. It may, however, be the kind of machine that a significant percentage of Steam users would actually want to purchase - those who want plenty of performance in a high-end living room package. Many others would opt for machines that have been more carefully designed to cost less, or to be tiny, or super quiet, and there will be Steam Machines that fit those descriptions.
Click to expand...

There's gonna be a lot of different versions of Steam Machines. Something different for everyone.

well they certainly aren't going to bring out parts that don't exist that are better straight out of their buttholes.


edit: here's an explanation of everything for dummies like me

TL;DR Valve is building PCs for people and sticking Linux on there basically for the average person. I remember hearing about it around a year or so ago. Still eager to see how it turns out, given that its open source could equal users working with it to release packs/more /whatever for those who aren't proficient with that kind of software. It could, given time, bring Valve a decent weight as a PC + OS producer, more or less; something only Apple and Google, as far as I know, do.

Diddly that controller though 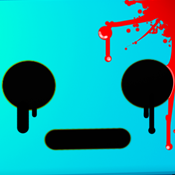 I can see it taking some getting used to. Muscle memory will make it hard not to treat the pads like joy sticks at first.