So, in the GameInformer interview Yasue talks about how they are still considering what to do with 3D in terms of re-releasing all the games for KH3.

What if they did a KH3 Final Mix+ thing and make is Re:3D and release it as a special edition with KH3? I'm not entirely sure what they could add to the game, maybe a few new keyblades/secret bosses or an arena mode or something, but it would certainly be interesting. 3D certainly isn't my favourite in the series, and honestly I would have preferred a remade re:coded or 358/2 days, but I would take this, would be great if we could have two playable KH games on our PS4's!

I think if they remade DDD they will release it before KH3 to earn more time, exactly as they did with FF Type 0 HD and FF XV

DreamDropDistance Final Mix for the PS4....could happen. Might just be another helping as well for the new gen console market in Japan like Type-0 might be.

I'm with you in preferring remakes for the others, but I suppose the Ultra-Impossible Dream Outcome is a Kingdom Hearts Portable HD years and years from now. For now, I'd be happy with a remake of 3D, because my friend doesn't have or want a 3DS and I feel bad for him.

Since a hypothetical 3D:Final Mix would be made a lot closer to KH3, they could maybe put in a boss hinting at KH3 like they've done in the other other Final Mixes. Beyond that... maybe fix the drop system? I even like the Drop System and don't feel it truly works.

Complaints about the relative recentness of the original DDD's release aside, I feel like it would lose a little of its charm with the inexistence of the PS4's second screen. Granted I wouldn't exactly miss having to physically pet my comrades to make them better fighters (the developers of Pokemon X&Y clearly loved that idea more than me). It would just be kind of a big change consolidating all of the information from both screens onto one albeit larger screen.

I just can't shake the feeling that lack of dual screens was at least part of the reason the 1.5 HD remix had us replay CoM but only view "cinematics" from 358/2 Days.

I can see a KHIII: Final Mix+ happening, but I would prefer we get a Re: Dream Drop Distance+Re: X[chi] the year before KHIII comes out. Or have KHIII contain DDD's cutscenes, or have the beginning of KHIII have Yen Sid or Jiminy (or Xehanort) narrate what happened in it.
It's still a little early for DDD to get a remake.
Last edited: Jul 4, 2014

Yup and with KH3 not coming realistically until late 2016, I think Square have already started seriously considering what they do with the franchise in the interim. They don't necessarily need to make a DDD FM but I kinda think it might be already being quietly developed as we speak in the aftermath of 2.5 ReMix finishing up.

RPG Site: With 2.5 coming out this year, and KH3 not coming out any time soon, do you guys have any plans to bridge that gap with other Kingdom Hearts titles? I know you have the browser game in Japan, is there any chance you will bring that outside of Japan?
Yasue: I can't comment on Kingdom Hearts X[chi] as it's a different team, but between Kingdom Hearts 2 and 3, there is always the possibility of another Kingdom Hearts. We are taking into consideration a lot of different titles but there is no decisions as of yet.
Click to expand...

So this is a part of an interview and Yasue takes into account that there is "always the possibility" of releasing another Kingdom Hearts title before Kingdom Hearts III. I mean, another one? I hope it's not gonna be a spin-off, I've had enough of those. It'd better be a remastered edition of KH3D, but I wish they released KHIII ASAP, I've been waiting for it so long actually.

padlock said:
What if they did a KH3 Final Mix+ thing and make is Re:3D and release it as a special edition with KH3?
Click to expand...

Problem with that is nobody & I mean nobody would play DDD before KH3 if both were acquired at the last time, defeating DDD's purpose as the lead-in to it.

I'm not entirely sure what they could add to the game, maybe a few new keyblades/secret bosses or an arena mode or something, but it would certainly be interesting.
Click to expand...

-Donkey DE in Prankster's Paradise. I can't believe they forgot that one.

I've been game for KH3DHD/Re:3D ever since 1.5 was announced. 3D is in my top 3 games of the series, so having it on PS3 would be perfect. Truth be told, it it was ported to the PS4 instead of PS3, I'd probably end up buying a PS4 just for it (if I don't already have one for the eventual release of Type-0.)

I will admit, some things don't seem like theywould translate as well as they were on the 3DS (petting the cute Spirits, playing games with them, etc.) but pretty much everything else translates just fine other than the world-exclusive touch screen battle stuff, which was great but I'm sure they could somehow rework that. I doubt the Spirit interactions could be reworked to be the same as they were.

However, that being said, if KH3D did happen, there are quite a few things I would want added/changed, such as having the possibility to have world-exclusive Party Members, and then several neglected characters to be bosses (Frollo, CLU, Braig, actual Chernabog fight, etc.)

Because really, one of the things I was most excited for in 3D was those aspects. And none of them were done.

My list for wants of a ported/remade 3D were already a little different than how the game was, but this overall has just made me want a third scenario in it. (coughAndKairicouldusethedevelopmentcough)

Joker'sHeartless said:
I just can't shake the feeling that lack of dual screens was at least part of the reason the 1.5 HD remix had us replay CoM but only view "cinematics" from 358/2 Days.
Click to expand...

nah, Days only used the bottom screen as a map, never to the extent that 3D utilizes the dual screens.the reason Days only had cutscenes in 1.5 is because remaking the entire game of Days would've taken way too long, considering it was built on a different engine than the console titles
Z

I think it would be difficult because KH3D utilizes the second screen so much (and well if you ask me), that I think porting it to a system without such a set-up, something would definitely be lost in the move. People are also kind of forgetting that the 3DS is still a current-gen system, whereas none of the other titles in 1.5 or 2.5 are. 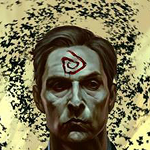